EgyptWatch
Home Reports Renaissance Dam: The dispute between Egypt and Ethiopia gets worse 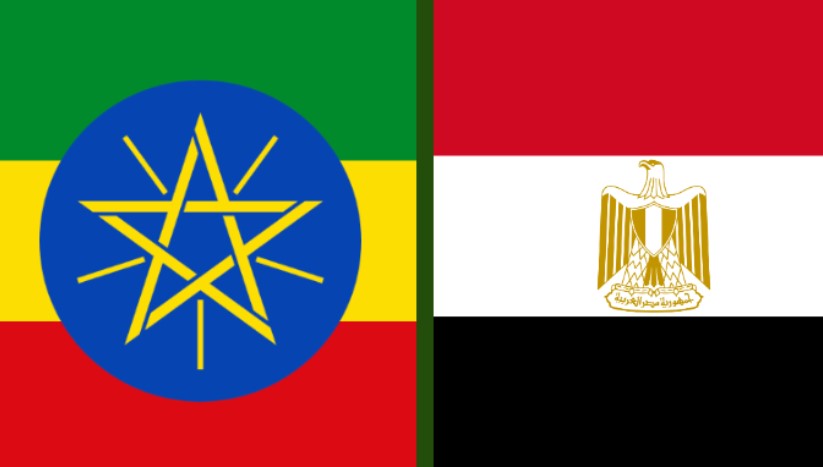 While negotiations between Egypt and Ethiopia appear in a cover of discreet diplomacy, the words of the representatives of the two countries reveal the severity of the language between them, which has become difficult to hide.

In recent days, a meeting of the United Nations Security Council was held remotely to discuss the issue of the Ethiopian Renaissance Dam, which is being built on the Blue Nile. With the measures of social distancing between the participants, the diplomatic gap became clear. This gap threatens to raise the degree of national intolerance and lack of trust between the Egyptian and Ethiopian people.

In Egypt, the dam on the main tributary of the Nile is seen as a threat to controlling the flow of water on which almost all aspects of life in Egypt depend. In Ethiopia, that dam, once fully operational, is seen as Africa’s largest power plant and provides for 65 million deprived Ethiopians. The construction of the dam started in 2011 and is nearing completion.

At the United Nations meeting, the representatives of the two countries said that an existential threat would starve their countries. “An existential threat is staring at the only lifeline that over a hundred million Egyptians live on,” said the Egyptian Foreign Minister, Sameh Shoukry, in his speech.

On the other hand, the Ethiopian Ambassador to the United Nations used similar language and phrases when he said: “The use of our water resources in Ethiopia is not a choice, but an existential necessity.”

The mutual discourse over a period of about 10 years suggests that both countries do not agree on many points, and in fact, there are substantial points that have not been agreed upon yet, which are related to the date of filling the dam and the amount of water that will pass through this dam.

Years of bilateral and multilateral talks, expert committees, and the declaration of principles between Egypt, Ethiopia, and Sudan (the third country concerned) has not resulted in a solution to these fundamental points.

Now they have reached a point where Ethiopia is announcing unilateralism to fill the dam in the next few weeks in conjunction with the rainy season in a process that is expected to take about seven years.

Ethiopia sees building the dam and starting to fill the Renaissance Dam reservoir as one thing, and the Ethiopian negotiators say that the Egyptians tried to disrupt the international community by saying that building a dam and the process of filling its reservoir are two different things. Abiy Ahmed confirms that the Declaration of Principles signed in 2015 allows Ethiopia to move forward, but Egypt does not see it this way.

After the United States and the World Bank failed to persuade Ethiopia to sign an agreement with Egypt in February, the African Union announced that it would try to find a solution.

The words of Egypt, through its foreign minister, indicate that there is an urgent need for an agreement. The Egyptian Foreign Minister warned against “the escalation of tensions in a way that could create crises and ignite conflicts that would destabilise the mainly troubled region if unilateral action to fill and operate this dam without a consensus that includes the necessary precautions to protect the downstream countries.”

Ethiopia, for its part, says it wants to negotiate under the auspices of the African Union, instead of the United Nations, and accuses Egypt of “intransigence and insistence on historical rights and a status quo.”

These historical rights, which Egypt has long expressed fear of encroaching upon, date back to 1929 at the earliest, when the British government recognised “Egypt’s natural and historical right to the waters of the Nile.” These treaties also give Egypt veto power over any project that takes place along the Nile. In 1959, Egypt and Sudan entered into an agreement on sharing the Nile’s resources, with Egypt taking the largest share.

Ethiopia considers it a “historical injustice” not to be able to benefit from this natural resource. The Blue Nile, which meets the White Nile in the Sudanese capital Khartoum, pumps about 80 per cent of the river’s water. “If Ethiopia agrees to allow a certain amount of water to pass into Egypt every year, this will guarantee a concession granted by colonialism to the downstream state, Egypt, which is unacceptable,” according to Ethiopia.

Ethiopia accuses Egypt of wanting to keep what the 1959 treaty granted it, which would look like a new kind of colonialism. Ethiopia says that in the second year of filling, it will allow at least 31 billion cubic metres of water to pass through the dam, but then it cannot adhere to a specific amount of water that will allow it to pass. The obligation to pass a specified amount of water to Egypt, regardless of the amount of rain, means that the dam may cease performing its desired functions during droughts.

In Egypt, there is concern over not knowing how much water will be supplied to it. Both President Abdel Fattah al-Sisi and Ethiopian Prime Minister Abiy Ahmed both have domestic political considerations about this issue.

In Ethiopia, people have invested in the dam. Ethiopians at home and abroad contributed $4 billion worth of bonds that the government lured them to buy. At a time when Abiy Ahmed faces political challenges that have diminished his popularity, the dam remains a case capable of swaying public opinion in Ethiopia.

In Egypt the suffering of political detainees does not stop after...

On the January uprising anniversary, where are the revolutionaries and where...