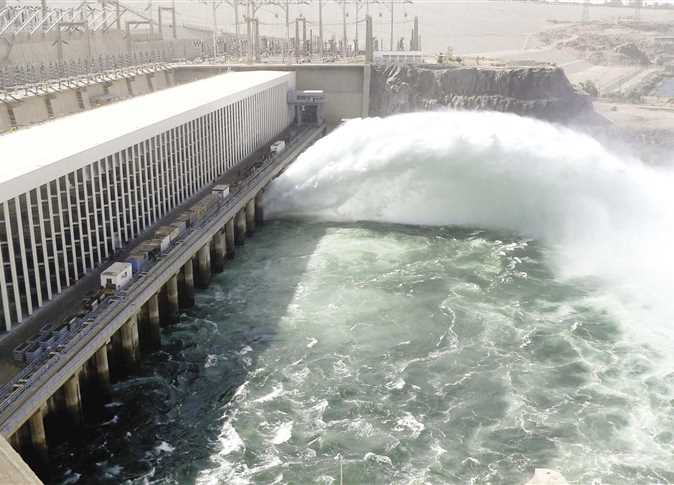 After the Egyptians sang to it and considered it their miracle, which tamed the rebel river and provided electricity to large areas in Egypt, the High Dam faces an existential danger of declining levels of the Nile and Lake Nasser to levels not seen before, which casts doubt over the production of electricity.

In light of the urgent follow-up by the Egyptians to the case of the Grand Ethiopian Renaissance Dam (GERD) and its impact on the downstream countries Egypt and Sudan, attention has been directed towards the High Dam in Aswan Governorate, southern Egypt, to know how far it has been affected by the beginning of the filling of the reservoir of the Ethiopian dam. The High Dam in Egypt is a major source of electricity through five plants for generating electric energy from the Nile’s water, which is pouring down over the dam’s turbines.

The Egyptians’ fear for the future of electricity generation from the High Dam was confirmed by media statements from Mohamed Nasr Allam, former Minister of Irrigation and Water Resources, at the beginning of this month, during which he explained that Egypt would lose most of the High Dam electricity, and that the goal of negotiations with Ethiopia is to fill the GERD’s reservoir gradually for years.

Allam’s statements mentioned the statement of the Egyptian Minister of Electricity Mohamed Shaker in 2016 during a conference that the High Dam has completely come out of service as one of the most important sources of electricity generation in the country. The minister stopped giving details after President Abdel Fattah al-Sisi ordered him not to give any.

Since then, fears have grown about the decrease in the water level of the Nile River in Lake Nasser, located behind the High Dam, and its impact on electricity and energy in Egypt, in contrast to the repeated assurances from Egyptian officials that the country is entering a stage of water poverty and the danger of the impact on the future of agriculture and irrigation in Egypt. Sources revealed that the water level in Lake Nasser decreased in 2016 from 180 metres to 150 metres, which could lead to the inability to produce electricity from the High Dam.

The member of the Supreme Council of Engineers Syndicate Khamis Jaber said in a press statement that “the energy crisis in Egypt is deeper than its confinement in the exit of the High Dam of service, as what it provides does not exceed six per cent of electricity production in Egypt, and there is an annual deficit of seven per cent, bringing the total deficit to 30 per cent.” Media sources loyal to the regime say that the presence of huge quantities of water stored in the High Dam Lake will meet Egypt’s water needs, for a period ranging between three and five continuous years, without the arrival of a single drop of water from the Ethiopian tributary.

The GERD needs 74 billion cubic metres of water to fill its reservoir and thus the quantity to Egypt will decrease and thus its capacity will be reduced during the dry years.

The impact of the GERD on the High Dam in Egypt is inevitable if, indeed, it began to be affected since Ethiopia started building the Renaissance Dam in conjunction with a lack of rain at the source, which threatens to lose the total energy of the dam within four years after completion. News agencies also quoted sources from inside the High Dam power station, which say production declined to about 900 megawatts.

The High Dam used to produce 2,100 megawatts. In addition to that most of the 12 units of the High Dam station are operating at half capacity. In June, experts at the Massachusetts International Institute of Technology said in a study that the Renaissance Dam will join the High Dam in Aswan as a second large reservoir on the Nile, which requires Egypt and Ethiopia to formulate a plan to coordinate the operation of these two dams, to share the Nile water equitably.

The International Institute stressed that there is no place in the world that has two large dams run on the same river without close coordination. It is noteworthy that Ethiopia announced last week the end of the first phase of mobilisation of the Renaissance Dam, and the Ethiopian Prime Minister congratulated his people for this “victory,” while the Ethiopian Minister of Irrigation said that the Nile had become an Ethiopian lake.