EgyptWatch
Home Reports A dispute inside the Egyptian church over the political attitude of Pope...
Facebook
Twitter
WhatsApp 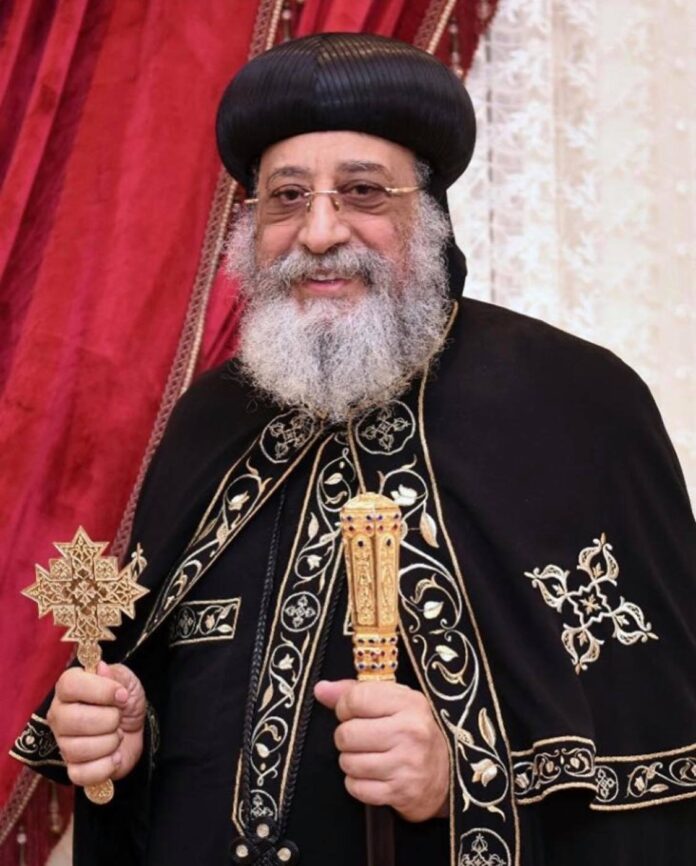 Among the few times that conflict and discord between Christians Copts appeared within the Egyptian Orthodox Church, the dispute this time appeared in the form of a clear and frank attack by a number of Christian activists on Tawadros II, Pope of Alexandria and Patriarch of the See of St. Mark. The attack was described as ferocious, as a number of famous Coptic figures made it clear that Christian youth on social media called on Pope Tawadros to resign from his papal position. The attack by Christians on their religious symbol came due to what they considered religious and nodular violations which Tawadros II made during the last period, and many of the priests and monks affiliated to the traditional conservative current inside the church participated in them. The exacerbation of the crisis prompted Tawadros II to express his anger and respond violently to some Christian youth during some sermons, then defend his position on the issue of rapprochement with other Christian boredom, then use some Coptic figures and press sites to defend him and address his opponents from Priests and monks.

Some Christian activists believe that Tawadros II, since he assumed the papal position in 2012 to succeed the late Shenouda III, has brought the Church into the political issues with all force, contrary to the established principles of monasticism. Tawadros II participated in the statement of the 2013 military coup against the first elected civilian president in Egypt, then strongly supported General Abdel-Fattah al-Sisi, the leader of the coup, in referendums and elections that took place after the coup, and appeared in video clips calling on Christians to agree to the new constitution and vote for Al-Sisi. However, the most prominent issues that angered many young Christians, supported by some priests and monks, were the unity between the Christian communities, and the rapprochement with other churches.

The Pope has endeavored a great deal to achieve harmony and rapprochement between the sects, amid great opposition from some priests and priests to the completion of this unity; Because they see that there is a difference in some religious matters between each sect, and the teachings of the Orthodox Church must be implemented across all denominations. In addition to that, there are other issues such as the Coptic travel to Jerusalem and Tawadros’s silence on the cultural center continuing to announce these trips, despite the late Shenouda’s decision to prohibit travel to Jerusalem, as well as amending the Pope’s selection list that was signed by the bishops during the selection of the Pope and has not been modified so far.

Some issues have also accumulated for a long time and the Christians in Egypt greatly disturbed, and the Copts waited with the arrival of Tawadros II to settle these thorny files, but he did not interfere in them and left them as they were inherited from Shenouda’s era. The unresolved issues are the second marriage law and divorce for Christians, as well as the issue of the General Congregation Council elections that have not been held yet, and Tawadros insistence on meeting the members of the outgoing Council each year, which raises the wrath of some Copts because of delaying the elections. However, this time a conflict appeared intense between the “secularists” and the “conservatives” inside the church, especially with Tawadros storming the unity file among the Egyptian churches, emphasizing the common denominational and beliefs and avoiding the differences.

At a church meeting last December, a young man attacked Tawadros, criticizing his approval of the decision of Bishop Serapion, Bishop of Los Angeles, to pray an additional Mass for the Christmas Day on December 25, to respond to the young man with emotion, saying: “I am the Pope, and I have the authority of pastoral management.”

Tawadros spoke excitedly in the video clip, stressing that the belief or faith has not been affected or changed until this controversy is raised, and criticized those who use the scarecrow of “protecting the faith, tradition and inherited belief” against his decisions which he described as reformative, and then he went back to explain in another dialogue that there are some ecclesiastical extremists and that He considers them among his children and prays for them. While Tawadros supporters considered that there was an attack on the Pope from Troll battalions with the support of some traditional bishops such as Anba (St.) Agathon Bishop of Maghagha, and Anba Michael the Bishop General.

The controversy and struggle between “reformists” and “conservatives” also emerged after a speech during the past year of Priest David Lamei during his sermon, in which he criticized what he described as the pornographic clothing worn by women and girls in churches. Lami’s word angered many Christian women, which forced Tawadros to respond after that by saying that the teachings of religion did not specify a specific form of clothing worn by girls while entering the church.

The conflicts inside the Coptic Arthodhuks church reached the most dangerous form of conflict in 2018 when the priest Saint Epiphanius was killed by monks from the conservative movement. Epiphanius was described as a “reformer” in the monastery of Wadi al-Natrun, and one of his killers attempted suicide after carrying out the crime. The court recently sentenced one of them to death and the other to life imprisonment.