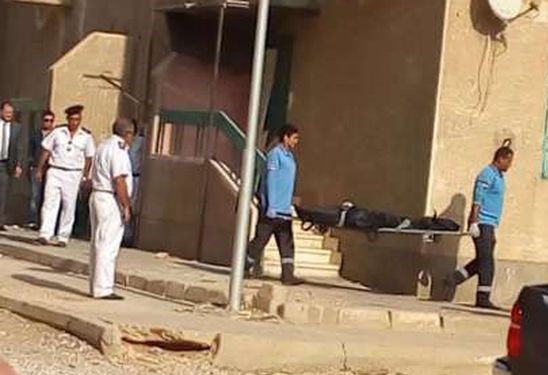 Three tragic crimes have taken place in Egypt over the past two weeks, all of which were committed by fathers, including him killing his children or committing suicide himself. These crimes were committed by fathers who were stripped of their mercy and dehumanised as a result of severe economic crises that hit society, widespread poverty and corruption, the absence of education, religious and spiritual examples, and a blocked political horizon, according to psychologists. These crimes reveal dangerous behaviour, which must be reviewed and studied, so that it does not become a phenomenon that threatens society.

One of these crimes was committed by a driver, as he killed his three children after he threw them in front of a train, and then ran away. The investigations proved that he was mentally ill and had been receiving treatment in hospital for more than a year. Before him a father committed suicide after the deterioration of the health of his three children, and his inability to pay the expenses of their treatment, as they suffer from a rare genetic disease, and each of them needs continuous treatment, which costs large amounts. At the same time a father set fire to his mother, wife, and his three daughters, and locked the door of the apartment on them, due to family disputes over the expenses.

These incidents have become common in Egypt, which during the last two years has witnessed dozens of incidents of parents killing their children, in a phenomenon that has shocked Egyptian society. According to the global crime index in 2019, Egypt ranked fourth in the Arab countries in the annual crime rate, and ranked 26th globally, and the eighth in Africa. For his part, the National Centre for Governmental Criminal and Social Research revealed that family murders in Egypt constitute a quarter to a third of all murders.

The sociologist Samia Khadr said that the social, economic and psychological pressures on parents make them regret holding the title of father or mother, and that they are responsible for spending, education and restricting their freedoms. Among the fathers, whoever believes that the children are the only reason for not separating with their wives, may decide to take revenge on them by killing them, according to Samia. She pointed out that the psychological pressures that fill the minds and bodies of fathers push them to take it out on their children in various ways, each according to the degree of his control over his behaviour and the control of his emotions.

The Professor of Creed and Philosophy Amna Naseer attributed the causes of violence from parents towards their children to the absence of correct religiosity, which elevates the morals of society. Despite acknowledging the psychological causes behind the spread of family crimes in Egypt, some believe that there are other reasons, the most important of which is the deterioration of economic conditions, which cast a shadow on the social aspects and the various psychological conditions.

During the past few years, Egyptian society has experienced several consecutive economic shocks, which many citizens have lost the ability to cope with. With the liberalisation of the Egyptian pound exchange rate on November 3, 2016, its value significantly reduced against the dollar, inflation and the size of external debt increased, with a frequent rise in the prices of goods and services borne by the lower economic classes, in light of the absence of a rise in salaries and wages.

According to the Professor of Criminal Sociology Hanan Salem, the recent economic policies are among the most prominent reasons for the doubling of the rates of family killing, due to the serious social and economic problems caused by these policies, most notably unemployment and low incomes, especially with high prices.Hanan believes that these transformations have led to a wide-ranging negative impact on the cultural and value settings within families, so negativity, selfishness, indifference, and individualism are the prevalent values.

The psychiatrist Ahmed Fahmy told Egypt Watch that these incidents could turn into a rampant societal phenomenon, in light of the official dealing with such incidents with ignorance and not stopping to discuss its causes to reach radical solutions. He called for the intensification of religious, media, social, and family awareness campaigns for parents.

Incidents in Zifta and Husaineya Hospitals reveal the deterioration of health...

John Afrique: Al-Sisi’s son is the conductor of the repression orchestra...