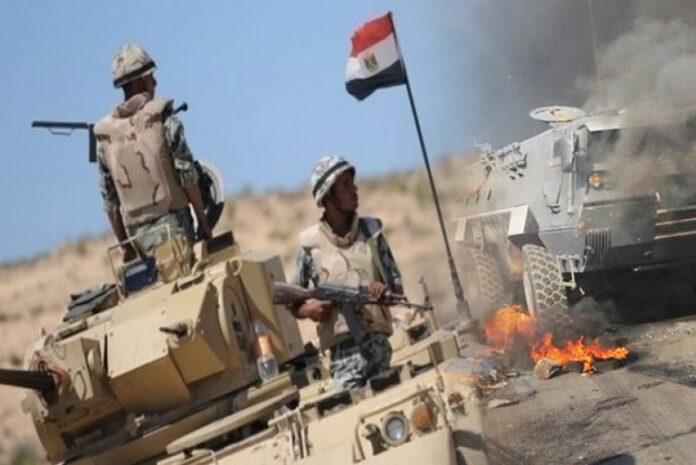 An Egyptian soldier was killed in an attack launched by Wilayet Sinai (Sinai Province) on Sunday in the city of al-Arish in the North Sinai Governorate in the northeast of the country. The Egyptian military spokesman has not announced any details of the attack yet. The attack coincides with the start of elections for the Egyptian Senate (abroad), on Sunday and Monday. The fighters of the Wilayet Sinai terrorist group, affiliated to ISIS, are in control of several villages west of the city of Bir al-Abed, in the Sinai Governorate.