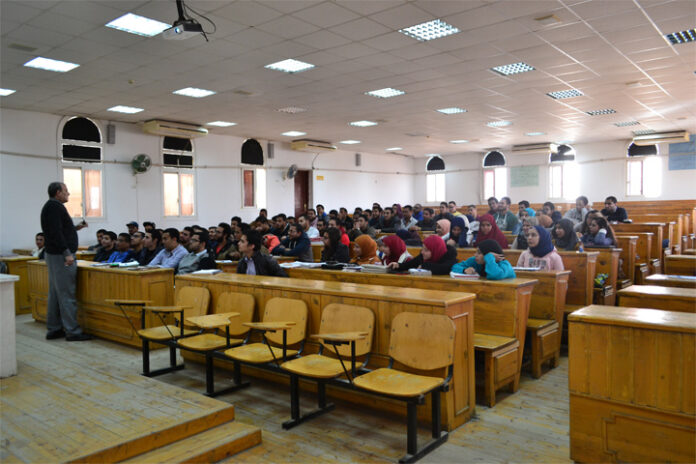 Every year, in conjunction with the announcement of high school’s grades in Egypt and admission to universities, the crisis of private institutes that accept students who have obtained high school diplomas and technical diplomas with low grades raises controversy.

The specialisations of private institutes in Egypt vary between engineering, pharmacy, media, and tourism, where the student who obtained low grades, which prevents them from joining their dream college, aspires to join these institutes. Private institutes are under attack and extensive criticism from specialists and graduates of government colleges. Students in national universities consider private institutes as a means of trade and profit by collecting vast sums of money from students to grant them a degree which harms the reputation of their professions and floods the market with incompetent graduates.

Graduates of government engineering colleges demanded the dismissal of the Minister of Higher Education for his refusal to close private, higher engineering institutes. Private institutes carry glamorous names such as The Higher Institute of Engineering and Technology, or The Higher Institute of Management, Computer, and Technology. These institutes give a bachelor’s degree in engineering to students with a total grade of 60 per cent in exchange for fees ranging from EGP 8,000 ($500) to EGP 12,000 ($750) per year.

The graduates of government engineering colleges believe that the curricula of these institutes is inadequate, that they hold mock examinations, and then award a certificate to their graduates. After graduating, the students of the private institutes will be equal to engineers who graduated from government colleges who obtained more than 95 per cent in high school grades.

The future of engineering

Activists on Twitter explained that there are 95 colleges and institutes of engineering, 35 of them governmental and 60 private institutes, which shows the volume of trade and profit from granting fake certificates that harm the reputation of science and engineering in Egypt. Activists have published data showing the doubling of the number of graduates of engineers compared to the requirements of the labour market due to the increase in private institutes and colleges.

Some of them denounced that graduates of public colleges are equal with what they described as students of “private shops,” despite the significant discrepancy in high school grades. Others pointed out that officials in the Ministry of Higher Education and the Engineers Syndicate benefited from the survival of these institutes that threaten the future of engineering in Egypt and harm the reputation of the Egyptian engineer.

They demanded a halt to establishing any new private institutes or colleges and a review of the current institutes’ status.

For his part, Dr. Mohamed el-Morsi, a professor at the Faculty of Mass Communication at Cairo University, demanded in a press interview that the Ministry of Higher Education be strict regarding the conditions for admission to these institutes, and for requiring these institutes to pay specific fees for each major. He suggested obligating institutes to appoint highly qualified academic personnel with appropriate salaries and revoke licences for those who tamper with students’ results or who do not provide an applicable educational service.

El-Morsi emphasised that the most critical problem of private institutes is the apparent profitability factor in the performance of these institutes and that it is difficult to eliminate corruption in this system now due to the complexity of the corruption network.

In April last year, the Syndicate of Engineers announced that it would stop issuing any new licences for private engineering institutes for five years while re-evaluating and legalising existing institutes’ status. The union added, in a press release, that there are students who have enrolled in some private engineering institutes with a grade of 62 per cent, and that the current union council has taken severe steps and dealt with all parties to solve this crisis.

Engineer Hani Dahi, the head of the Engineers Syndicate, warned that engineering in Egypt is in danger, and added in press statements that the number of engineers increases every day and that there is a surplus in the market, which threatens the profession. However, the Engineers Syndicate returned three months after this statement to announce the conditions for admitting graduates of the association’s colleges and institutes. The conditions caused a state of controversy on social media, and activists demanded the dismissal of the Engineers Syndicate council in protest of the syndicate’s decisions, which they considered insufficient to protect their rights in the face of private education graduates.

The union said it “will not accept the membership of a graduate of any private institute or college, who has been proven in high school (2015/2016) [to have] a score of less than 10 per cent of the minimum admission threshold for government engineering colleges.”

Fears of extradition of an Egyptian student from Ukraine to al-Sisi’s...