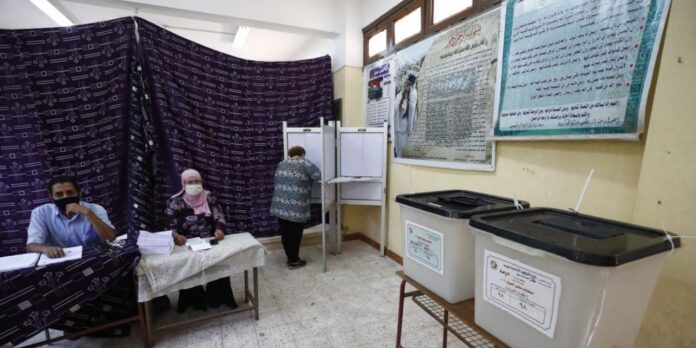 The two-day Senate elections in Egypt witnessed a weak turnout of voters casting their votes in the various governorates. Candidates began enticing voters by providing the use of loudspeakers and transportation to transport them to the committees. Candidates used many means to entice voters to vote in the elections varied between hot meals and juices, food supplies, sums of money ranging between 50 and 100 EGP (electoral bribes), and providing sterilizers and medical masks for the voters. However, attempts to mobilize the elderly, transporting women and Copts, especially in popular and densely populated areas in the governorates of Greater Cairo, the polling faced low turnout. Judicial sources said that the National Elections Commission issued verbal instructions to the heads of election committees to manipulate the numbers of voters upon announcing the final numbers of participants, to show a participation rate of no less than 20%. For his part, the head of the National Elections Authority, Lashin Ibrahim, stated that all electoral crimes do not lapse over time, pledging to apply the fine stipulated for those who fail to vote in the elections.

The penalty for abstaining from voting is 500 EGP for who fails to perform his national duty without an excuse, according to the Exercise of Political Rights’ Law.

Human Rights Watch is calling for the release of 2 translators