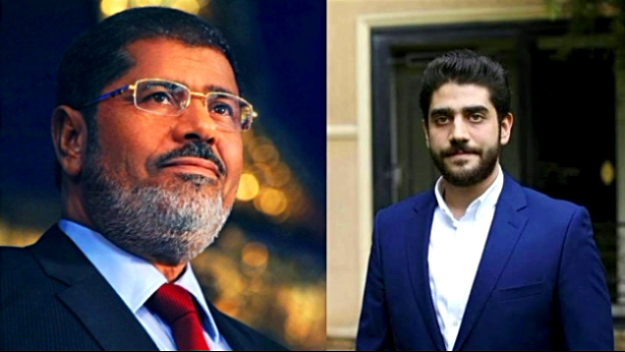 “The death of President Morsi and his son Abdullah was not natural.” Thus, the family of the late President Mohamed Morsi spoke, the first elected civilian president of Egypt, on the anniversary of the fourth massacre about the death of their father and the youngest son of Morsi. The widow of the late president and her son Ahmed revealed that his family is convinced that his father and younger brother were killed by the government of Abdel Fattah al-Sisi, who took power through a military coup in 2013. These statements were in an exclusive interview with the British website Middle East Eye.

President Mohamed Morsi died in a cage during his trial in June 2019 after six years spent in solitary confinement. Less than three months later, his youngest son Abdullah died in mysterious circumstances in his car at the age of 25. Since Morsi and Abdullah’s death, doubts have hovered over the cause of his death amid international demands for an investigation and disclosure of the circumstances. The doubts intensified, especially in light of the violations and restrictions the Morsi family is facing, which some described as revenge practiced by the military authority in Egypt against the family of the first elected civilian president.

Ahmed, the eldest son of the late President Morsi, said that his 25-year-old brother was not suffering from a known medical problem before his death, which the authorities attributed to a heart attack. He explained that “he did not suffer from any chronic disease, we do not know the real cause of Abdullah’s death, but what we know is that his death was mysterious, as he died outside the house in his car, and was transferred to a hospital.”

Ahmed also confirmed that there were two strangers at the place where Abdullah collapsed. He added, “There was a man and a woman whom Abdullah did not know at the scene of the accident. They took him to the hospital mysteriously, creating suspicions, and this is proven even by the security authorities. Abdullah’s death was not natural, and it also needs to be investigated.”

Ahmed revealed that his father had repeatedly complained about the danger to his life during the court sessions, but no one responded to his calls, and his health deteriorated. He said: “Certainly his death was not natural, and we called for an investigation that reveals this. We still confirm that the situation needs transparency.”

What has increased doubts about Abdullah’s death is that it came less than three months after his father’s death and he was campaigning for an international investigation into the death of the late president.

Yahya Hamed, a former investment minister under Morsi, explained that Abdullah died just after he secretly provided crucial evidence to the United Nations about his father’s death. He added in a press statement: “I was in close contact with Abdullah Morsi, and I am convinced that his very courageous work with the United Nations led to his death.”

Abdullah was buried at night, like his father, as security forces prevented citizens from attending their funeral or mourning them. They buried them in the presence of a few members of their family.