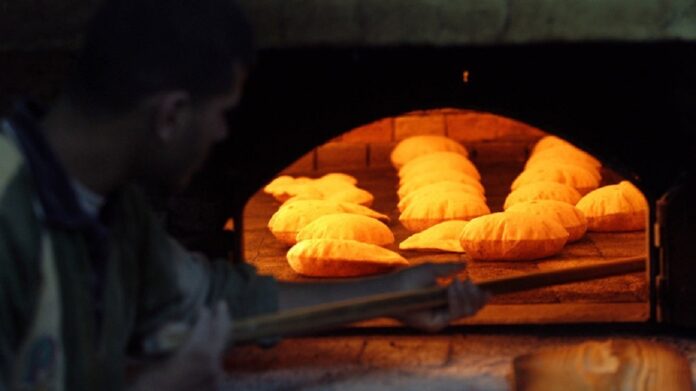 Although successive governments in Egypt since 1977 have refused to lift subsidies on citizens, fearing that this would trigger a terrible wave in increasing the price of essential commodities and the high cost of living, the regime of Abdel Fattah al-Sisi has made great strides in that direction since 2016.

Over the past years, al-Sisi has gradually cut subsidies on bread and essential commodities, in addition to fuel, electricity, water, and telecommunications bills. The latest form of lifting subsidies reduced the weight and size of the subsidised loaf of bread, as the Ministry of Supply decided to reduce its weight to 90 grams instead of 110 grams. A decrease of up to 20 grams and more than 18 per cent of the subsidised size of the bread is just a different way of increasing the price of a loaf of bread. For more than 40 years, the loaf of bread has been a red line for all Egyptian governments and regimes as the minimum and basic food that must remain available to all at the lowest price. The reduction in the weight of a loaf of bread sparked widespread outrage on social media.

The loaf of bread

House of Representatives member Abdel Hamid Kamal has said that subsidising a loaf of bread benefits about 72 million citizens, bound on 22 million ration cards, according to the Ministry of Supply data. The MP added that the increase in reducing the weight of a loaf of bread contradicts the official statements not to harm the popular classes. He continued, “Unfortunately, the weight of the popular loaf of bread has reduced, ignoring the official indicators and statistics of the Central Agency for Mobilisation and Statistics which announced the high rate of poverty in Egypt.” The poverty rate increased to 32.5 per cent in 2018 from 27.8 per cent, an increase of 4.7 per cent, according to official statistics. Other estimates announced that the size of low-income families reached 45 per cent of the total population.

According to Nader Noureddine, an advisor to the former Minister of Supply, “It is one of the means used by governments to relieve the burdens of low-income people and reduce their sense of poverty by securing the minimum necessary for their standard of living.” He explained in a press statement that the support is achieved “by providing goods and services to the poor at prices below their real prices, to ensure the minimum levels of healthy nutrition necessary for them to remain healthy.”

It merely means that the state intervenes by bearing part of the price of the goods or services on behalf of the citizen, for example, a loaf of bread costs 35 piasters, but the state bears 30 piasters, and the people pay the remaining five piasters. (This is called in-kind subsidies, as in Egypt).

The removal of subsidies

Decreasing subsidies by reducing the weight of a loaf of bread comes after the Ministry of Supply announced in August 2019 that eight million citizens had been removed from the (supply) system for subsidised food. It also decided not to add newborns to the ration cards for any family consisting of four or more. The numbers rose last April to the exclusion of ten million citizens, according to the minister of supply’s statements, after completing the fourth phase of the process.

The government announced various criteria during the four stages to remove citizens from support lists. The criteria included the liquidation of those entitled to the subsidy, which included indicators of electricity consumption above 1,000 kilowatts per month, and mobile usage of more than EGP 1,000 per month ($62.76). Likewise, the government removed those who have children in foreign schools, those who pay more than EGP 20,000 ($1,255) annually to educate their children, and those who have a model of car over 2014, as well as agricultural possession of over ten acres. Then the government put forward other criteria, including the exclusion of families whose total monthly income exceeds EGP 10,000 ($627.61) and families with two or more properties, one of which is in a new or touristic area. After that, the government eliminated families whose monthly electricity consumption exceeds 650 kilowatts, company owners whose capital amounts to EGP 10 million ($627,612) or more, and owners of a 2011 model car or higher.

The conditions of the IMF

The government’s tendency to remove citizens from the ration cards came in compliance with the International Monetary Fund requirements for Egypt to obtain a loan of $12 billion in payments that began in November 2016 and ended in August of last year. For his part, former Minister of Supply Joda Abdel Khaleq said, “The government sacrifices the poor to pay off its debts and pay interest on this debt.” He indicated that the amount allocated to the benefits of the public debt in the budget amounts to EGP 581 billion ($36.5 billion), which is more than double the allocation for wages and subsidies. He added in a press statement that the government sought to reduce the state budget deficit to obtain loans from external parties, and the poor classes bore the costs of the so-called reform.

Love is banned: No food subsidies for the newly married couples