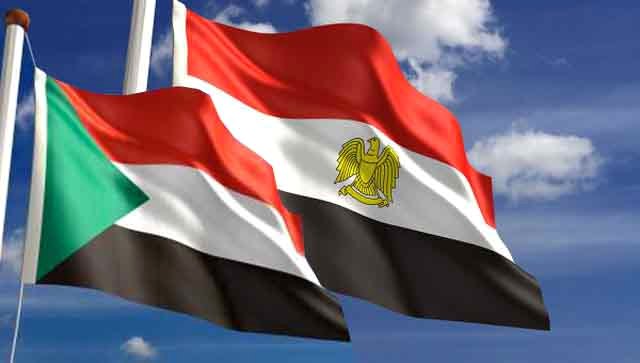 In its critical situation, the Egyptian regime has got itself into trouble with Sudan, which may push it to make significant concessions over the disputed Halayeb and Shalateen border triangle, in exchange for Khartoum’s solidarity with it over the Grand Ethiopian Renaissance Dam. A state of anxiety prevails over Egyptian decision-makers in light of Ethiopian moves in Sudan that would turn the Renaissance Dam crisis upside down, especially after Egypt has come a long way towards unifying the Egyptian-Sudanese position in the face of Addis Ababa.

Over the past years, negotiations between the three countries have faltered amid mutual accusations between Cairo and Addis Ababa of stubbornness and a desire to impose unrealistic solutions. Addis Ababa insists on filling the dam. In contrast, Cairo and Khartoum insist on the need first to get a tripartite deal regarding the dam on the Blue Nile, one of the most important tributaries of the Nile River. Ethiopia is trying to persuade Sudan to sign a bilateral agreement related to managing the waters of the Blue Nile River. This offer includes cooperation between the two countries on many other economic axes in a way that will greatly benefit Sudan. Ethiopia is trying to lure Sudan, in a way that ultimately contributes to weakening Cairo’s position, which prompted Egypt’s Prime Minister Moustafa Madbouly to visit Sudan.

Egypt sought to extract guarantees from the Sudanese government of Abdalla Hamdok, not to abandon it in the Renaissance Dam crisis, and to continue coordination to ensure the necessary pressure on Addis Ababa. However, this visit was followed by another visit by Ethiopian Prime Minister Abey Ahmed to the capital Khartoum, in an attempt to tempt Sudan.

It is noteworthy that, days after Madbouly’s visit to Sudan, the head of the transitional sovereignty council in Sudan, the army commander Lieutenant General Abdel Fattah al-Burhan, pledged not to leave the Halayeb and Shalateen triangle to Egyptian control. He said that “Sudan will raise its flag on this border area with Egypt.”

Egyptian and Sudanese sources revealed that Khartoum obtained a promise from Cairo to open a serious discussion between the two countries on this issue soon, resulting in an agreement that bears great benefits for Khartoum. The sources expected that the coming period would witness a first-of-its-kind development regarding the issue of the conflict over the Halayeb and Shalateen area and this may result in measures on the ground in favour of Khartoum. They described the Egyptian response as an attempt to maintain Sudan’s support over the dam crisis. The sources said that the Ethiopian Prime Minister has succeeded in tightening the screws on Cairo, and he is seeking to disperse the Egyptian decision-makers’ efforts, prolonging the crisis for as long as possible so that the operation of the dam by 100 per cent is a fait accompli.

Over the past years, negotiations between the three countries have faltered amid mutual accusations between Cairo and Addis Ababa of stubbornness and a desire to impose unrealistic solutions. The differences between Egypt and Ethiopia were exacerbated, prompting Sudan to declare that the solution proposals were not integrated into a single draft agreement until it was sent to the African Union. Later it was agreed that each country would send its vision to the union individually.

The disputed Halayeb Triangle is located in the southeast corner of Egypt, and it consists of Halayeb, Abu Ramad, and Shalateen villages. The triangle belongs to Egypt politically and administratively, but Sudan has claimed it since 1958. The area has turned into a conflict point over sovereignty and tension between Cairo and Khartoum for decades. The two countries’ conflict over the region started since Sudan’s independence from the (Anglo-Egyptian) dual rule in 1956. Despite the conflict, the triangle was open to trade and personnel movement from the two countries, without any party restrictions until 1995, when the Egyptian army entered and tightened its control over the area.

The disputed border triangle crisis is the most prominent thorny issue between the two countries, and about which diplomatic and media quarrels erupt from time to time. Last July, Sudan renewed its adherence to the disputed Halayeb and Shalateen border triangle with Egypt, through a Sudanese National Border Commission statement. Sudan demands its right to sovereignty over the border triangle, amid Egyptian refusal to resort to international arbitration to resolve the issue. Egyptian and Sudanese experts propose transforming the disputed area into an integration zone between the two countries and establishing several joint projects on it.