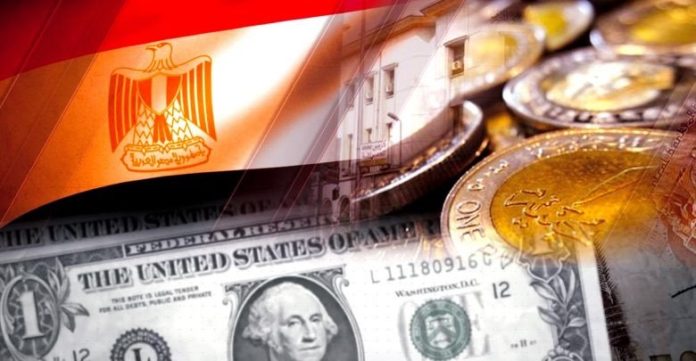 The Central Bank of Egypt announced an increase in Egypt’s external debt by 4.78 per cent annually amid economists’ warnings about the escalation of the Egyptian debt risk, which they described as a ticking time bomb. The last rise was at the end of last March, i.e., the third quarter of the previous fiscal year 2019/2020, bringing the external debt to $111.3 billion. According to data issued by the Central Bank of Egypt, external public debt rose from $106.22 billion in the third quarter of the previous fiscal year 2018/2019. Quarterly, Egypt’s external debt declined from $112.7 billion in December 2019, down by $1.4 billion. According to the country’s general budget law, Egypt’s fiscal year starts from July until the end of June of the following year.

The total external debt owed by the government falls entirely in the long-term debt category with more than 12 months of maturity. The monthly bulletin of the Central Bank revealed the registration of the external debt service burdens, about $13.7 billion during the period from July to March 2019/2020, distributed by $10.6 billion in installments and $3.1 billion in interest paid. External debt is defined as the amount of actual current liabilities rather than potential resident liabilities in an economy at any given time for non-residents. External debt requires that a payment be made by the debtor to pay interest alongside the principal amount at a point in time in the future.

During the past years, Egypt’s external debt increased dramatically and witnessed unprecedented jumps in conjunction with the government’s intensification of external borrowing. To finance the state budget deficit and support the local economy, the government borrows continuously by selling treasury bills and bonds in addition to billions in loans. The loans and borrowing did not improve the local currency’s position, which collapsed after the liberalisation of exchange rates and floating the pound.

The continuous rise of Egypt’s external debt and the continuation of the borrowing policy have alarmed specialists and observers and Capital Economics described the increase in Egypt’s external debt since 2015 as a sharp rise. Despite repeated statements by Mohamed Maait, Minister of Finance, that the high external debt and public debt are not problematic, and his assertion that Egypt has taken concrete steps towards reducing debt, official statistics and figures reveal the opposite. MP Mohamed Fouad submitted a request for a briefing to the Prime Minister and the Minister of Finance regarding the increase in external debt, domestic public debt, and debt sustainability in Egypt. Fouad said, “The figures confirm the government’s tendency to increase borrowing rates from abroad, which [raises] many question marks regarding the statements of the Minister of Finance that Egypt is the first in the world to reduce debt,” according to the deputy. Experts have also warned that the rise in foreign debt is a time bomb, which could explode if the Egyptian government fails to pay or there is a significant decline in Egypt’s GDP.

Prime Minister Moustafa Madbouly attributed, during press statements, the increase in the amount of foreign debt to “the state’s expansion in borrowing from abroad during the last period.” He explained that this is to bridge the financing gap and solve the foreign currency shortage in the market.

While the Central Bank of Egypt said that the rise in external debt came as a result of:

Meanwhile, Hany Tawfik, an economist, said that the high public debt and the budget deficit are the two most serious problems facing the Egyptian economy. He pointed out that debt servicing mainly comes from monetary reserves, most of which consist of unsustainable sources in the form of loans and treasury bills. Thus, the Egyptian economy remains in a continuous cycle of debt.

The everlasting crackdown against intellectuals in Egypt continues