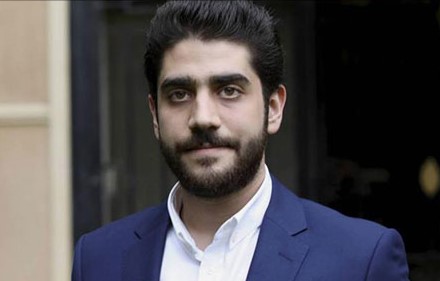 On September 4, 2019, Abdullah, son of the late Egyptian President Mohamed Morsi, died in mysterious circumstances, but the Egyptian authorities said that death was “normal as a result of a heart attack.” What was revealed later, within a year, reveals the lie of this story.

Abdullah is the youngest and fifth son of Morsi, who was born in 1993 and joined the Faculty of Business Administration at Misr International University in 2013. He was arrested twice, following the coup against his father, the first time in 2014, when the authorities alleged that he had drugs, and the second in 2015 on charges of spreading false news. In July 2014, an Egyptian court sentenced Abdullah and one of his friends to one year in prison and fined him EGP 10,000 ($632). At the time, Abdullah’s lawyer said the case was fabricated, while Osama Morsi, Abdullah’s older brother, considered the lawsuit an attempt to discredit the family. In 2015, Abdullah was arrested again on charges of spreading false news and then released on bail of EGP 5,000 ($316).

Following Abdullah’s death, the regime’s media launched a massive campaign that appears to be systematic and organised to distort his image in light of widespread scepticism among activists about the official narrative. At that time, activists accused the regime of killing Abdullah, especially since the last thing he wrote a few days before his death was his late father’s words, declaring his rejection of the current authorities and rejecting any negotiations with them. Two months after his death, two ministers in Morsi’s government called for an international investigation into Abdullah’s death, accusing the Egyptian authorities of killing him.

In August 2020, Abdullah’s older brother Ahmed revealed that the deceased was organising a campaign to open an international investigation into his father’s death before he died “in mysterious circumstances.” In a press interview, Ahmed said that his brother did not have anything to complain about before his death, and he was not suffering from any chronic disease. Ahmed confirmed that there were two strange people at the place where Abdullah collapsed. He added, “There were a man and a woman at the scene of the accident that Abdullah did not know. They took him to the hospital in mysterious [circumstances], which raises further suspicions, which is confirmed even by the security authorities.”

Former Minister Yahya Hamed said, “Abdullah’s death came just after he had provided important information to the United Nations about his father’s death.” He added, “I was in close contact with Abdullah Morsi, and I am convinced that it was his very courageous work with the United Nations that led to his death.” Despite all these accusations, no one has presented evidence of the authorities’ involvement in the killing of Abdullah.

However, the international lawyer and head of the 37th Guernica Chambers of International Justice in London, Toby Cadman, “revealed in September 2020, details for the first time about the person who died, calling on the Egyptian authorities to fully and unconditionally cooperate in the investigation of Abdullah’s killing, and to bring the perpetrators to justice. Cadman said in a statement that he had been appointed as a legal advisor and lawyer by the Morsi family. He stressed that “there is a lot of ambiguity, as well as a lot of obfuscation by the prosecution about case circumstances,” calling for all facts and confidentiality to be revealed.

Cadman’s statement demanded, a year after Abdullah’s death in mysterious circumstances, for the authorities to hand over the results of the investigations that they claimed they conducted. He said that this secrecy raises doubts about the involvement of some state institutions in these killings.

The statement indicated that Abdullah was killed outside his home and that the Egyptian Public Prosecution assigned the charge of attempted murder and premeditated murder to Randa Asran, who is a married Egyptian. Her testimony and statements revealed a great conflict.ةThe statement indicated that Randa, the accused, is being tried in secret counselling sessions and that the result of the forensic report into Abdullah’s death was kept top secret.

The statement clarified that the accused had not undergone transparent investigations, but that information reached Cadman from some Egyptian security authorities, revealing that the version adopted by the regime about Abdullah’s death is incorrect. The statement said that the woman was not in contact with Abdullah, unlike what the authorities claimed then, and she was not alone at the time of his death but was in the company of a person whose nom de guerre is Micho. He transported Abdullah in his car, a distance of more than 20 kilometres to a hospital after he breathed his last breath, allegedly as a result of being injected with lethal substances. He added, “He was not transferred to a nearby hospital on purpose until he died.”

“One of the state agencies was aware of this operation, while the rest of the agencies concerned with following Abdullah did not know about the occurrence of the crime and were surprised by it,” the statement said. Cadman’s statement confirmed that he had obtained a video showing Abdullah was transferred to his car and carried dead to the al-Waha Hospital in the al-Ahram Plateau (west of Cairo). It shows Randa getting out of the vehicle with Micho, wearing a red T-shirt. Cadman expressed his surprise that the prosecution had not summoned or searched for the accused who handed the car key to the receptionist at the hospital and disappeared. That man was the one who drove the car and escorted the accused to the hospital and then disappeared without following any leads revealing the truth.

“Our legal team obtained information that some Egyptian security services were not satisfied with what happened to Abdullah, who should have been under the protection of state authorities as an Egyptian citizen, in addition to holding a diplomatic passport,” Cadman said. The statement indicated that the son of a former Egyptian president is supposed to be subject to the highest levels of protection from the Republican Guard, as is the case with the children of all former heads of state. The statement continued: “The protection system exists under a system known in Egypt as the federal system, which organises protection and benefits for the families of former presidents of the republic, and is granted to all except for Morsi’s family, which is illegal.”

The statement explained: “Instead of providing the highest level of protection under the law, the family of the late President Mohamed Morsi is constantly exposed to danger, threats and interference in its private life, and its members are prohibited from working and transferring money, and they are not able to own property.”

Morsi’s family has faced many violations since the coup of 3 July 2013, including incitement and smear campaigns through pro-Sisi media, confiscation of funds, inclusion on terrorist lists, and travel bans. Osama Morsi has been detained since December 2016 in the Scorpion high-security prison in the Tora area (south of Cairo). Osama was included on three cases, the first is the case known in the media as “the dispersal of the Rabaa al-Adawiya sit-in,” in which he was sentenced to 10 years imprisonment, and the second was the accusation of possessing a kitchen knife found in his home. The penalty was reduced from three years to a month of imprisonment in 2018. The third case is a lawsuit to revoke Egyptian nationality from him and his sister Shaimaa, which was rejected by the Administrative Court last year.

Egypt: Broad solidarity with the village protests against al-Sisi