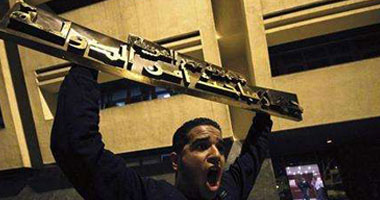 Egyptian General Abdel Fattah al-Sisi has signed a law that restores the National Security Sector’s name to the State Security Investigation Service, more than nine years after its dissolution. The Egyptian State Security Investigation (SSI) was dissolved in the aftermath of the revolution of 25 January 2011, due to its bad reputation and its involvement in torture, intimidation, and violation of Egyptians’ privacy.

The State Security Investigations Department is one of Egypt’s security services established in 1913 under the name of the political police. Its commander received direct orders from the King to pursue national activists and eliminate their resistance to occupation. In 1952 the July revolution set up the political police’s corresponding apparatus in August 1952 under the name of the General Investigation.

Before the 2011 revolution, the SSI was the highest national internal security authority in Egypt, estimated to employ 100,000 personnel.The SSI was the primary security and intelligence apparatus of Egypt’s Ministry of Interior. The SSI was supposed to focus on monitoring underground networks of radical Islamists and probably planted agents in those organisations. Its role expanded to include controlling opposition groups, both armed groups and those engaged in peaceful opposition to the government.

In a report in 2002, the United Nations Committee against Torture expressed “particular concern at the widespread evidence of torture and ill-treatment in administrative premises under the control of the State Security Investigation Department.” The report confirmed that the torture and ill-treatment had been facilitated by the lack of any mandatory inspection by an independent body.”

Both Egyptian and international human rights groups, as well as the United Nations Committee Against Torture, have documented widespread use of torture by the SSI, with Human Rights Watch singling out the SSI in what it called a “pervasive culture of impunity” concerning torture. In the last years of Mubarak’s role, the SSI was widely feared and hated.

Following the 2011 Egyptian revolution, the SSI head was arrested under suspicion of ordering the protesters’ killings. On March 15, 2011, the Ministry of the Interior announced the dissolution of the agency. The SSI was replaced by a new apparatus, National Security, after the January 25 revolutionaries demanded that these apparatus be abolished or restructured and merged with the Egyptian General Intelligence in one Ministry of National Security.

Despite the official abolition of the apparatus, observers say that the National Security Agency has exercised the same tasks of the State Security Investigations Service in the most heinous manner over the past years. Torture was rampantly used during interrogation. Detainees were regularly beaten to death, especially Islamist detainees.