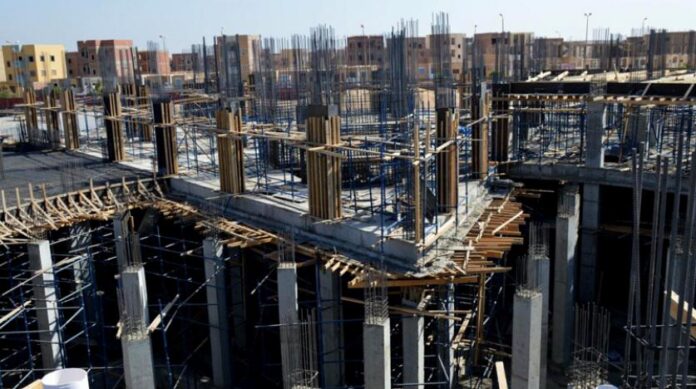 The price of building materials in Egypt is witnessing a collapse as a result of the continued decision to stop building and construction work, expand it, raise it and modify or strengthen it for private housing for the last six months. This decision caused a decline in the prices of many vital sectors, on top of which is the decline in sales of electrical, sanitary appliances, and the suspension of brick factories.

Last May, the government issued a ministerial decision, instructing governors to stop issuing permits for establishing construction works, expanding them, raising them, modifying them, or strengthening them for private homes in the governorates, for six months. The decision also stipulated stopping the construction work’s completion until the building requirements are met. It then became clear that the goal was to collect money for previous building licence violations in all governorates, which led to the collection of billions of pounds from citizens during the past months. The last period witnessed threats by the government against citizens in the event of failure to reconcile, pay money, and remove real estate.

On the other hand, real estate development companies froze their projects. This week, the Building Materials Division of the Federation of Egyptian Chambers of Commerce discusses the problems of several building supplies dealers, after the significant decline in the buying process that the markets witnessed during the past weeks. Wholesale retailers and business owners are suffering from high debt, especially in the electrical appliances sector.

According to an official in the Chamber of Commerce, the stoppage of construction left traders and building contracting owners in significant financial crisis due to the inability to pay the financial dues imposed on them. He pointed out that some goods for construction supplies entered into buildings under construction, and work on them has now been suspended, which implicated those in charge of those buildings. He pointed out that some electrical appliance factories were forced to reduce their production in half after the decision to halt construction, which came in conjunction with the coronavirus crisis. This decision reduced the employment of wholesalers, retailers, and factory owners, which left tens of thousands of people unemployed.

At the same time, the Arab Abu Saed area in al-Saff Centre (south of Giza) became a ghost town after the red brick kilns stopped working. Thousands of workers work in brick kilns spread across several governorates, especially Upper Egypt. He pointed out that the summer months, from May to August, are considered the construction season, which is the period in which sales are growing, and the construction sector supplies dealers rely heavily on disposing of their stock in all Egyptian governorates. The same crisis is faced by dealers of sanitary ware, sales of pipes, and plumbing products.

According to the merchants of that profession, most of the current period’s sales are limited to maintenance work. Some stores are forced to sell on a credit system, whether concerning cutting pipes or all plumbing products, due to the decline in citizens’ purchasing power and the suspension of work at sites in the governorates. Many merchants associated with the construction market in Egypt confirm that the decision to stop construction operations in Egypt for six months ruined many Egyptians’ homes. About 4 million Egyptians work directly in the real estate sector, from engineers, technicians, and workers.

Tamer Mohamed, a plumbing merchandiser, says that since the decision to stop construction operations was issued, sales have decreased by 70 per cent, especially in foundation supplies. He points out that some major traders were forced to burn prices (selling for less than the company’s cost) to provide liquidity, even if at a loss as a result of the recession movement.

Magdy Salem, the owner of a building materials trading store, after his sales fell to less than 30 per cent, was forced to reduce daily employment from 12 workers to only three to secure their wages.

Mounir Erian, the owner of an electrical appliances store, complains that his sales have decreased by 50 per cent compared to the period before the decision to stop construction was issued, especially the essential supplies. He explained that his hose coils’ sales of all kinds before the decision was 25 every week. Now sales are only one a week.

Ashraf Muhammad, a rebar trader, repeated the same complaint, and he considers that there is another recessionary movement after the issuance of the decision to stop construction operations. Still, it differs from one product to another, and it has reached 20 per cent in sales of painting material. He pointed out that some “industrialists” and truck drivers who were dealing with construction companies had to search for other jobs for an income.

International Youth Day did not come to Egypt