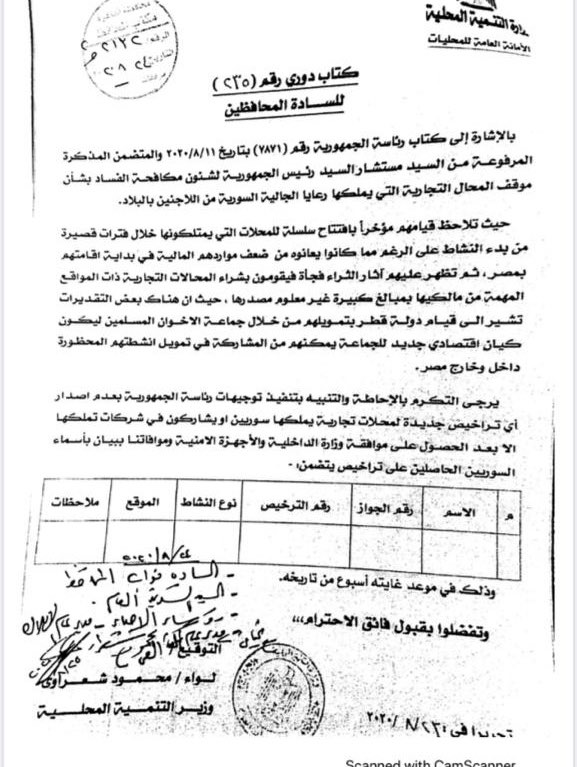 The Egyptian Minister of Local Development, Major General Mahmoud Shaarawi, issued a circular to all Egyptian governors and their deputies, prohibiting new licences for commercial shops owned by Syrians in Egypt, or those which they share ownership. The decision stressed that they must obtain the approval of the Ministry of Interior and the relevant security agencies (Intelligence and State Security Investigation). The decision to suspend the licences of Syrian shops was based on direct orders from General Abdel Fattah al-Sisi, according to the Presidency of the Republic Book No. 7871, issued on August 11.

At the time, al-Sisi’s order included a memorandum submitted by the president’s advisor for anti-corruption affairs, Major General Muhammad Omar Haiba, about the position of shops owned by the Syrian refugee community in the country. The Egyptian presidency attributed the decision to suspend licences to “noting the opening of chains of stores owned by Syrians during a short period of the start of the activity, despite the weakness they were suffering from with their financial resources at the beginning of their stay in Egypt.” He also referred to what he said was, “the emergence of effects of sudden wealth on a large number of them, and their tendency to buy shops with important locations from their owners in large sums, and the source is unknown.”

According to the circular, some reports indicate that Qatar finances Syrians residing in Egypt from shopkeepers, through members of the Muslim Brotherhood. These finances aim to form a new economic entity for the group, enabling it to participate in financing its (banned) activities inside and outside the state’s borders.

But observers say that the decision aims to tighten the screws on the Syrians who imposed themselves forcefully on the Egyptian market and achieved incredible successes in the field of restaurants and the food industry, due to their honesty, good service, and fair prices. This decision comes although Syrians residing in Egypt pay considerable fees to the Egyptian government to obtain or renew residency. Accounts supporting the Egyptian regime on social media launched intense campaigns against investment projects for Syrians in Egypt, accusing their owners of money laundering and receiving suspicious funds from abroad, without providing any evidence. 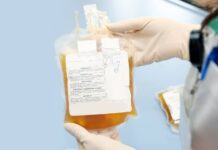 After raising its price: Test of COVID19 compulsory for those coming...