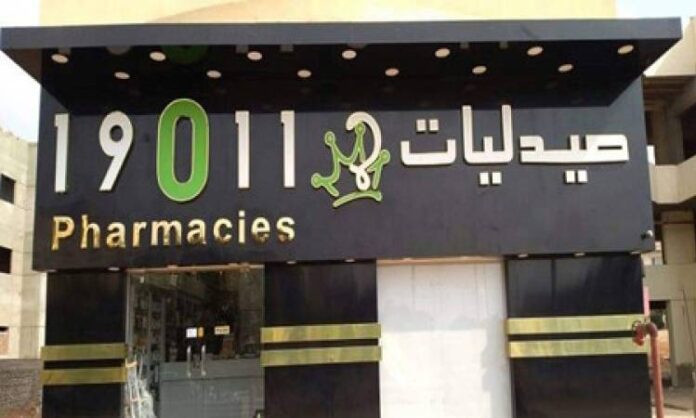 A silent crisis is being experienced by a chain of pharmacies (19011) owned by Egyptian intelligence. This crisis resulted from the lack of liquidity, which led to delayed salaries, a shortage of some critical items within the branches, and the accumulation of debts. This crisis prompted hundreds of workers in the chain to submit their resignations in protest against the delay in paying their salaries for about three months. This crisis comes amid escalating anger among the chain’s workers, due to the talk about the management’s expansion plan and its target to open 120 new branches and about 205 branches of the chain currently nationwide. It also comes at a time when debts are accumulating due to the chain’s expansionary policy, which relies on the purchase of debt-laden pharmacies, and an agreement with pharmaceutical companies to pay on the “credit” system.

Pharmacists and workers in the controversial chain of pharmacies have become accustomed to late payment of their salaries during the past months, most recently August’s salary, which the workers have not received so far. The chain also suffers from a real crisis of “medicine shortcomings” and the unavailability of many items in its branches, due to the distribution companies’ refusal to provide the drugs to the chain due to its accumulated debts. These types of medicine are available in other pharmacy chains, and there is no shortage in the local market.

The crisis of the 19011 pharmacies is due to its acquisition of the Rushdie Pharmacies chain, which is loaded with bank debts exceeding EGP 1 billion due to spending huge sums on advertising. The 19011 pharmacies also acquired Ali Image Pharmacies to surpass the el-Ezaby Pharmacies which have been around on the Egyptian market since the seventies of the last century with 150 branches.

The crisis of the 19011 pharmacies extended to the rent of many of its branches spread in the provinces, which it has not been able to pay for more than two months, which threatens to crack the chain that is promoting its expansion plan in the media. It is noteworthy that the owner of Rushdie Pharmacies, businessman Hatem Rushdie, has not yet been paid for the acquisition deal, estimated at EGP 360 million. The pharmacy chain was launched three years ago, without revealing its owners, until the Chairman of the Board of Directors, Naeem al-Sabbagh, went public. The chain of pharmacies faced requests from the Pharmacists Syndicate in Cairo to stop displaying the chain’s ads for violating pharmacists’ laws and the Pharmacists Syndicate rules, which prevent unfair competition.

According to Egyptian law, pharmacy chains may not be established. A pharmacist is prohibited from owning or participating in the ownership of more than two pharmacies, and only managing one. Like the rest Egypt’s commercial sectors, the 19011 chains of pharmacies, with the General Intelligence and the army behind it, targeted the country’s pharmaceutical market’s monopoly. In June 2018, the Egyptian Constitutional Court ruled the constitutionality of Article 30 of Law 127 of 1955, which prohibited a pharmacist from owning more than two pharmacies.

The court imposed a penalty of “imprisonment for a period not exceeding two years, and a fine not exceeding EGP 200, or both, for each person, whoever practiced the profession of pharmacy without a licence or obtained a permit to open a pharmacy establishment using fraud by borrowing the name of another pharmacist. In August 2019, the Licencing Department at the Egyptian Ministry of Health notified the Pharmacists Syndicate to cancel the owner of the group of el-Ezaby pharmacies and the owner of the Rushdie pharmacies from the pharmacists’ records at the Ministry of Health and Population permanently, and suspend several pharmacists for a year, after they were convicted of selling their trade names to the owners of two famous pharmacy chains in Egypt. Despite the Ministry of Health’s rapid move against the el-Ezaby and Rushdie pharmacy chains in 2019, it did nothing about the 19011 pharmacies, despite its vast advertising campaign on all satellite channels.

The American strategy in dealing with the Sisi regime