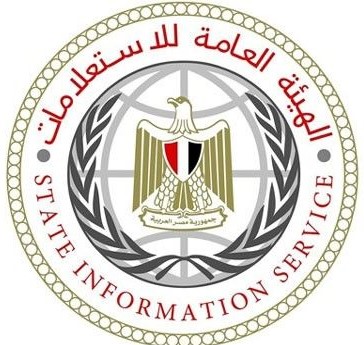 The Egyptian authorities take a clearly hostile stance against newspapers, foreign channels, and foreign correspondents, who face all forms of harassment, from cancelling work permits to deportation outside the country or imprisonment for fabricated cases.During the past years and since the military coup in 2013, the ruling regime has succeeded in controlling local newspapers, channels, and satellite channels and eliminating any dissenting voice until they are unified. After controlling newspapers, television channels, and the Egyptian media, the security and intelligence agencies tended to restrict the foreign media operating in Egypt and try to subdue and control it in various ways.

The State Information Service’s (SIS) role in Egypt is strong, and it has turned into a watchdog over what is published abroad about Egyptian affairs and controls the granting of work permits to foreign journalists. The SIS continuously issues reports and data through its head, Diaa Rashwan, who also works as the captain of Egypt’s journalists. Through this data, the authority attacks foreign newspapers and websites that reveal something of the repression or violations taking place inside Egypt.

In August 2016, the national correspondent for NPR, Leila Fadel, said that she left Egypt in fear and that one of the reasons for leaving Egypt is the climate of fear. Journalist Kristen Chick described the dangers of working for foreign reporters in Egypt in a report she published on the Foreign Policy magazine website, entitled “Working as a reporter in Egypt is the most dangerous task.” The Times’ correspondent confirmed that she was arrested and detained for seven hours in a security centre in March 2018. She was threatened with a military trial unless she leaves Egypt, without even being allowed to take her clothes, due to her publishing a report on young Egyptians who migrate and drown in the sea.

Numerous testimonies and accounts show the authorities’ aggressive approach against foreign newspapers and channels. It begins with an attack on a foreign newspaper or website through a statement from Diaa Rashwan, head of the SIS. After that attack, state-run TV starts a campaign of incitement, insults, and accusations that the foreign newspaper belongs to the Muslim Brotherhood ending with the withdrawal of the agency’s licence and deportation of the journalist. The escalation sometimes leads to the journalist or reporter’s arrest and his pretrial detention on charges of spreading false news or belonging to the Muslim Brotherhood, as happened with Al Jazeera journalist Mahmoud Hussein. The crackdown on foreign media in Egypt has escalated after adding five new articles in the Terrorism Law that can imprison a journalist who publishes data and information that contradicts information announced by the army and the government. In addition to other articles, it imprisoned him for five years under dubious charges, which caused several foreign correspondents to leave Egypt.

The SIS: The authorities’ organ to monitor foreign media

This was followed by the launch of a new office by the SIS for monitoring the foreign press, under the name, “The Information Verification Office in Egypt.” The goal of the new office, according to the SIS, is to monitor press reports and to ensure the nature of the sources and that the information published is correct. According to observers, the SIS has become one of the essential tools of the Egyptian authority in putting pressure on foreign media in Egypt, after broad powers granted to it under the law regulating the press, which al-Sisi ratified in 2018.

The smear campaigns against foreign newspapers and channels in Egypt led by the SIS have become noticeable, and the presentation of these newspapers as conspirators against security and stability. It happened with the New York Times, The Economist, the BBC, and any newspaper, website, or channel that talks about freedom in Egypt or the violation of human rights or what is going on in the Sinai.

According to the correspondent of the Global Bloomberg Network, the mechanisms of journalistic work in Egypt changed a lot during the rule of Abdel Fattah al-Sisi, as the information became more like a national secret that is not easy to obtain. He also referred to the editors resorting to circumvented means to obtain the necessary information for reports from within ministries and agencies. They do not mention the name of the source for fear of being held accountable. In many cases, it is indicated that the responsible source refused to answer. According to The Independent, the crudest case remains when Reuters news agency withdrew a report on the Egyptian presidential elections, which stated that votes are being bought for EGP 50, after a complaint from the Egyptian government against the agency.