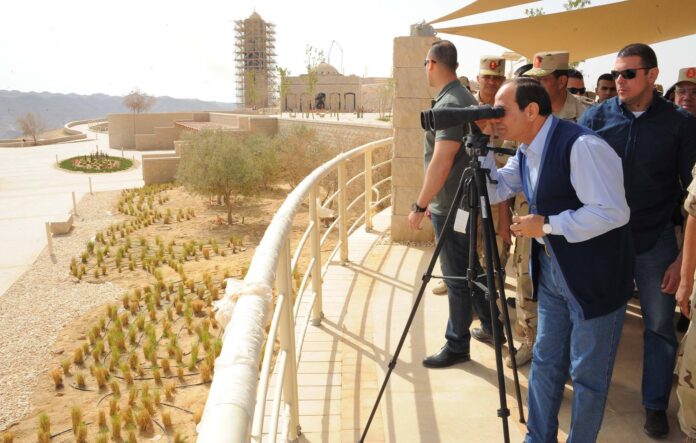 On Sunday, al-Sisi said during the opening of the hydrocracking complex in Mostorod, Qalyubia Governorate, that the state seeks to solve problems that have arisen as soon as possible, regardless of the cost, including the problem with the roads. Al-Sisi added: “The financial cost and effort is large, and I said before that, the capital cost nearly EGP 380 billion over seven years.”

The administrative capital is located on the borders of Badr City in the area between Cairo Suez and Cairo Ain Sokhna roads, east of the regional ring road directly after New Cairo and the Madinaty and Mostakbal City projects. It is also about 60 kilometres from Suez and Ain Sokhna, and 60 kilometres from Cairo.

Al-Sisi’s statements came at a time when people suffer from poor living conditions, which raises questions about his policies and the feasibility of his projects.