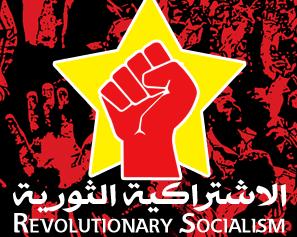 The Revolutionary Socialists Movement in Egypt (leftist opposition) confirmed its support for the ongoing demonstrations for the eighth consecutive day against the policies of General Abdel Fattah al-Sisi, calling for the release of all detainees.

A statement issued by the movement on Facebook said that protests are still possible, without media, parties, trade unions, or any political or popular organisation, praising the fact that they are taking place despite the tightening of the security grip on all aspects of political and social work. The statement warned the ruling regime against continuing to implement economic policies that could lead to a popular explosion throughout the country, stressing that popular anger is accumulating in the Egyptian street. The movement criticised raising the prices of the metro and transportation tickets, raising the prices of electricity, gas, water, railway prices, and reducing the weight of a loaf of bread and said that these will not be the last mass movements, as long as authorities continue to implement policies of impoverishment and persecution.

The Egyptian authorities have arrested more than 200 people against the backdrop of protests against al-Sisi, tearing up his photos, and demanding his departure, after the deterioration of the living and economic conditions in the country. A few days ago, actor and businessman Mohamed Ali called on Egyptians to unite and take to the streets to overthrow al-Sisi’s rule and to demonstrate against poverty, marginalisation and to break the barrier of fear, as he put it.

UN demands an investigation into the death of Shady Habash