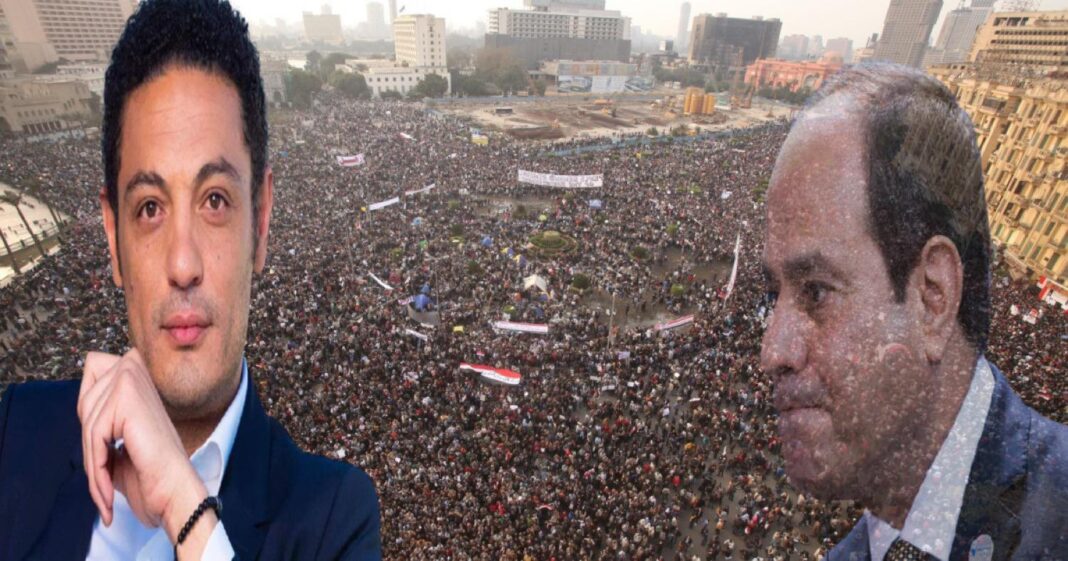 The opposition actor and contractor Mohamed Ali called on the Egyptian people to protest against General Abdel Fattah al-Sisi on Friday, under the slogan “Friday of Victory.”

In a video he broadcast on Facebook, Ali demanded that Egyptians go to Tahrir Square, in central Cairo, the symbol of the Egyptian revolution (January 25, 2011). Mohamed Ali explained that his call to protest in Tahrir Square came because of the weak impact of the villages’ protests away from Cairo. He called on the protesters to flock to Tahrir Square individually and to avoid the police forces that prevent the protesters from entering the square.

Activists interacted with Mohamed Ali’s call. Some of them launched the hashtag, #The_Second_Friday_of_Anger, issued on social networking sites, stressing that demonstrations are the real means of pressuring the regime. Since September 20, protests have continued in Egypt against the deteriorating living and economic conditions, which prompted al-Sisi to backtrack on previous decisions.