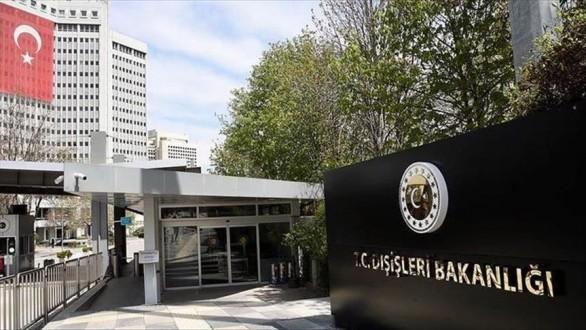 A Turkish court has summoned the Egyptian Chargé d’Affairs in Istanbul after an attempt to kidnap an Egyptian dissident residing in Turkey and withdraw his passport.

The attempt on the young Amr Alaa brings to mind what happened to the Saudi journalist Jamal Khashoggi, who was killed in the Kingdom’s consulate in October 2018. Alaa filed a lawsuit before the Turkish Supreme Court against the Egyptian Consulate employees in Istanbul, accusing an officer at the consulate of trying to withdraw his passport and send it to Egypt, claiming court rulings had been issued against him. Alaa said in press statements that he told the responsible officer that he would call the Turkish police and show them the video clip showing the officer taking his passport. These threats panicked the officer, and he tried to grab Alaa’s phone, but he ran away and then the security officer threw his passport over the consulate wall. The Egyptian Foreign Ministry did not issue any comment about the incident.

Since the military coup in Egypt in 2013, Egyptian dissidents residing in Turkey have been subjected to harassment from the Egyptian embassy in Ankara and its consulate in Istanbul, who have refused to issue official papers and renew their passports.

Egyptian authorities arrest the former director of the Anadolu Agency in...