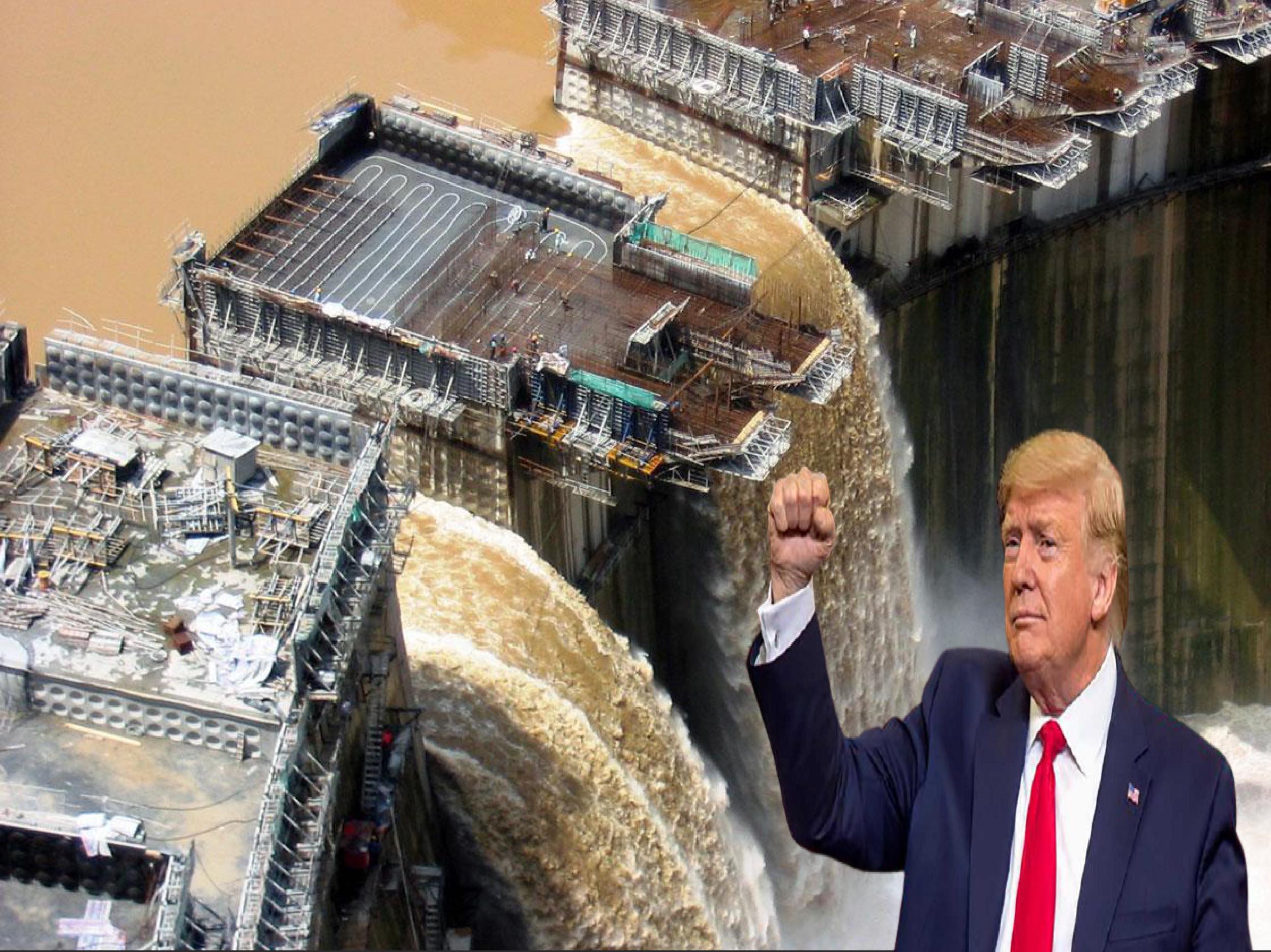 Since Ethiopia started building the Grand Renaissance Dam (GERD), the negotiation crisis between the three countries (Egypt, Sudan, and Ethiopia) has got complicated. Cairo and Khartoum talk about the dam’s danger, and there has been no pause in talking about a proposed military option that Egypt might resort to. The stalled negotiations, which stop and then resume repeatedly, have prompted many Egyptians at various times to demand the government and the army to direct a military strike on the dam before it is too late, especially in light of Ethiopia’s procrastination.

Supporters of exploding the Renaissance Dam expressed their concern about the specter of thirst, in conjunction with a government admission that Egypt has entered the water poverty stage and the need to search for solutions. The military option and the bombing of the Renaissance Dam and the war for water returned to the forefront again after a speech by US President Donald Trump, who criticised the Ethiopian position on the negotiations and made clear that the matter might end with Egypt directing a military strike on the dam.

Opinions diverged after Trump’s statements. Egyptian officials considered that the US president had given Cairo the green light to blow up the dam, international experts criticised his statements, describing them as frivolous and fueling tension. Although the idea of ​​exploding the Renaissance Dam is already in place and many Egyptians demand it, Abdel Fattah al-Sisi completely ruled it out in various statements, stressing his adherence to the principle of negotiations and that it is the only solution.

Al-Sisi accuses the January 25 revolution of being the reason for the weakening of Egypt and Ethiopia’s daring to accelerate the dam’s implementation, stating that the crisis would not have occurred had it not been for the revolution. Al-Sisi’s accusation and his repeated attack on the January revolution comes despite his signing of an agreement with Ethiopia and Sudan in 2015 that allowed the Ethiopian side to build the dam and obtain its necessary financing.

Egyptian opponents accuse al-Sisi of forsaking Egypt’s historical rights in the Nile River and threatening Egyptian national security by entering the water scarcity stage, which threatens to pollute millions of acres of agricultural land. Activists believe that al-Sisi signed the agreement that allowed Ethiopia to build the dam without any guarantees for Egypt in exchange for African recognition of his legitimacy and the legitimacy of his new regime, which came through a military coup in 2013.

The statements of US President Donald Trump regarding the possibility of striking the GERD angered Addis Ababa, which summoned the US ambassador, asking for clarifications on these statements. Trump warned of the seriousness of the situation related to the dam crisis, saying that “the matter may end up with the Egyptians blowing up the dam.” He added, “I said it and say it loud and clear: They will blow up this dam, and they have to do something. They should have stopped it long before it started.”

Trump stressed that Egypt has every right to protect its share in the Nile waters. Ethiopia’s neglect of the recent agreement is unacceptable, which was considered by former Egyptian Minister of Irrigation Nasr Allam as a green light for Egypt to blow up the dam. In February, Washington announced that an agreement had been reached on the dam’s work mechanism, and Cairo signed it with its initials.

On the other hand, Ethiopia refrained from signing and accused the United States of siding with Egypt in this crisis, which prompted the US administration to impose sanctions on Addis Ababa and prevent some aid. Trump’s recent statements regarding the military solution and the destruction of the Renaissance Dam were met with official Egyptian silence. At the same time, the European Union warned in a statement of increasing tensions over the dam. For its part, The Washington Post criticised Trump’s position and saw that instead of helping him find a solution to this conflict, he is inciting war. The newspaper ruled out that Abdel Fattah al-Sisi would listen to Trump, and described the US president’s statements as reckless and ignorant.

For his part, Dina Mufti, the former Ethiopian ambassador in Cairo and the official spokesperson for the Ethiopian Foreign Ministry, described the US president’s statements regarding the possibility of Egypt bombing the Renaissance Dam as a criminal statement. Ethiopian Prime Minister Abiy Ahmed confirmed that the Renaissance Dam belongs to his country, adding that there is no force preventing Ethiopia from achieving its goals in this regard.

The Egyptian regime has not officially commented on Trump’s statements, but it usually confirms its commitment to a negotiated solution and not to resort to military action. The official silence of Egypt was followed by media ignorance of Trump’s statements, and it appeared that most of the media professionals affiliated with the authority ignored covering the matter in their programmes. Meanwhile, the journalist close to the regime, Muhammad al-Baz, said that the information he had belies the American president and that it was not on Egypt’s agenda to strike the dam.

The official silence came amid a division of Egyptian experts between supporters and opponents of the idea of ​​destroying the dam. Some of them considered it an opportunity and a green light in light of America’s preoccupation with the presidential elections. Others saw it as recklessness that may explode a regional war.