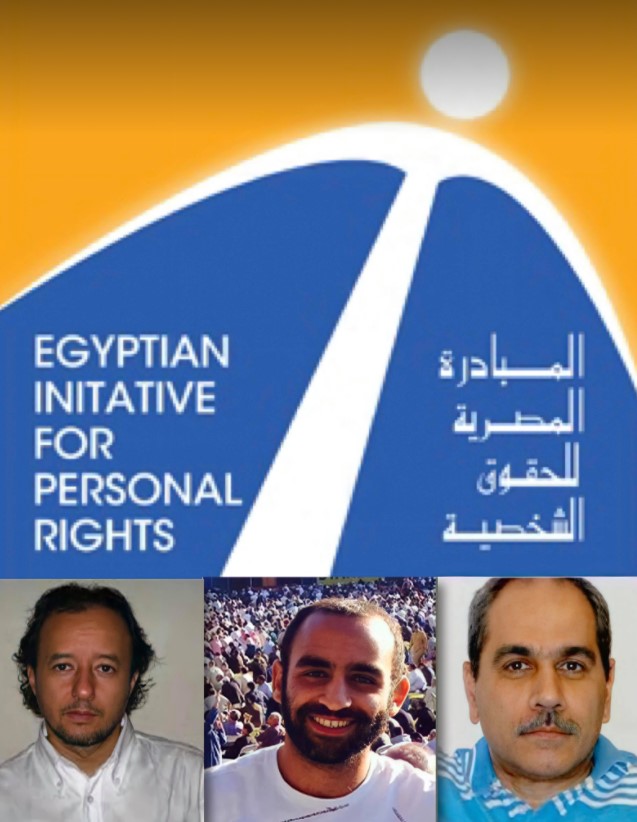 In April 2017, three months after the outgoing American President, Donald Trump, won the elections, an American military plane took off to Cairo Airport to transport the Egyptian-American political prisoner Aya Hijazi to Andrews Air Base on the outskirts of Washington. A few hours later, she appeared sitting beside the new president, making the headlines, and announcing Trump’s success in what his democratic predecessor, Barak Obama, had failed to do – releasing Aya Hijazi from prison.

It is now obvious that the same tactic is being repeated with the newly elected President, Joseph Biden, as al-Sisi reacted to his victory in the American election with a full-blown attack on the most famous Egyptian human rights organisation in Washington DC. Without warning and for no reason whatsoever, the Egyptian security forces arrested two of the leaders of the Egyptian Initiative for Personal Rights (EIPR), namely Kareem Ennarah, manager of the Criminal Justice Unit, and Mohamed Basheer, the administrative manager, before their superior and the executive manager of the organisation, Jaser Abdel Razeq, joined them. The three were imprisoned according to the decisions of the Supreme State Security Persecution, well-known for being like a judiciary arm for the Police Intelligence Service, i.e. the National Security Service, amid global condemnation of this unjustified attack.

“There were no prefaces for such a frenzied attack on us. Until recently, we were communicating directly with the Egyptian state and its services and we shared lots of things with them. Even our relationship with the National Security officer in charge is a good one. Nothing was calling for such a measure except for the American elections,” said one of the sources from inside the organisation in an interview with Egypt Watch provided who requested that he remain anonymous.

The source added, “The initiative received an invitation from the House of Representative to participate in a hearing session concerning the clinical research and trials law. The parliament considered our recommendations in its consultations which was reflected in the statement we issued welcoming the law and including our recommendations. Our contribution that we presented to the government about the Supreme Health Council was a part of the latest ministerial decision aimed at reforming and sustaining health system governance.”

Egypt Watch obtained a copy of the above-mentioned statement entitled “The EIPR’s comment on the Clinical Trials Law: A welcome amendment that reflects civil society’s suggestions.” The source explains, “So, such an attack was uncalled for, but the regime decided to take us as hostages for its future negotiations with the administration of the elected American President, Joseph Biden, who directed scathing criticism to al-Sisi’s regime before winning the elections, because of his bad human rights record.”

In November 2015, the Egyptian security forces arrested the EIPR’s founder, researcher Hosam Bahgat. The military prosecution interrogated him before ordering his detention. The world quickly turned against this news and the international condemnation and denunciation statements came out in rapid succession. Even the United Nations then Secretary-General Ban Ki-Moon himself interfered for his release, which took place within a few hours, thus signifying to the regime the importance of Hosam and his close circles represented by the EIPR and the journalist’s website, Madamasr. The same was repeated with the latter after a number of its leaders were arrested because of an article written about the president’s son. Unlike the Egyptian state’s systematic practice of detaining dozens of journalists for many years without paying any attention to international condemnations, those leaders were rapidly released.

After the confirmation of the democratic candidate Joseph Biden’s victory, it became expected that his administration would interfere in a direct clash with the Egyptian regime because of its bad human rights record. That much was apparent in Biden’s own condemnation when he wrote on his Twitter account during his electoral campaign, “No more blank cheques for Trump’s ‘favourite dictator’,” which is the nickname of Abdel Fattah al-Sisi who was well-known for his relationship with the outgoing President Donald Trump.

Aya Hijazi’s reception by Trump at the White House was a gift from al-Sisi to Trump that gained the latter popularity among his people, especially since Obama failed in accomplishing that task after not only al-Sisi’s disregard for Obama’s administration’s demands, but also threatening to imprison Aya for decades on account of serious charges like human trafficking. It became clear that members of the EIPR will be the hostages upon which negotiations will be carried out with Biden’s administration later on.

Al-Sisi is afraid of Biden and hopes Trump will win

The new NGO law: Has Cairo responded to foreign pressure?