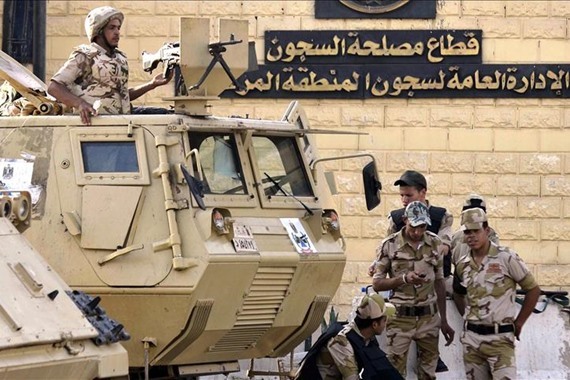 The coup in Egypt came against the first elected civilian president, Mohamed Morsi, and opened the prisons to tens of thousands of political prisoners who are subject to deliberate medical negligence and a lack of health care.

This negligence has claimed the lives of more than 1,000 people in prisons and police stations of the National Security headquarters during the past seven years after 2020 alone recorded 100 deaths so far.

According to the Committee for Justice, 1,058 deaths occurred in various detention facilities in Egypt during the period from June 2013 to October 2020. By analysing the causes of death, it becomes clear that the death toll is due to the denial of health care, while the number of deaths due to torture also fluctuated.

The year 2013 is considered the worst by all standards. Within only six months (June to December), 85 deaths occurred at the hands of the detaining authorities, 57 per cent of them (49 deaths) were due to brutal torture, and 36 per cent (31 deaths) were due to deprivation from health care. During the seven years, the percentage of deaths due to health care deprivation reached 71.9 per cent of the total deaths in detention facilities, with 761 deaths out of 1,058.

Deaths followed this due to torture, which accounted for 13.6 per cent (144 deaths), then deaths due to poor detention conditions, which accounted for 2.7 per cent (29 deaths). The deaths were highest in Cairo, Minya, and Giza governorates, with 236, 104, and 100 deaths respectively, accounting for 41.5 per cent (440 deaths). This increase is due to the spread of public prisons and the high number of police stations in those governorates.

In police stations death cases topped 55 per cent, followed by central and public prisons at 33.9 per cent. There is a high number of deaths among detainees and prisoners inside deportation cars (43 deaths), Central Security Forces camps (20 deaths), and court offices (16 deaths), as what happened to former President Mohamed Morsi.

As for the year 2020, there has been a marked increase in the number of deaths in detention facilities in Egypt due to the policies that the Egyptian Ministries of Health and Interior followed in dealing with the coronavirus pandemic. The number of deaths from the virus reached 17. While 100 deaths were recorded inside the detention facilities, the deaths were topped in June with 15 deaths, September with 14 cases, then May and July with 12 deaths each.

The report classified the types of detention facilities in which death cases were monitored and documented, with central and public prisons topping the order with 52 per cent, followed by police departments and stations, with 41 per cent. The number of deaths among political prisoners rose to 68, more than double the deaths among those listed in cases of a criminal nature (32 deaths). Deaths due to lack of health care amounted to 55 deaths of political prisoners and 29 deaths of criminal prisoners. According to the victims’ age groups and the causes of death inside their places of detention, 52 per cent of the deaths occurred due to the denial of health care for victims whose ages ranged from the elderly (15 deaths) to the middle-aged (47 deaths).

The ratio between deaths in these two categories indicates the failure of the detaining authorities to care for the elderly on the one hand, their abuse of middle-aged people in particular, and their deliberate denial of health care. For his part, Executive Director of Committee for Justice, Ahmed Mefreh, issued an urgent call “to press for investigations into the deaths of foreigners and Egyptians in detention centres in Egypt.” He also called on the Egyptian authorities to ratify the International Convention for the Protection of All Persons from Enforced Disappearance, to activate the constitutional texts that criminalise torture, to stop the officers, officials, and supervisors of torture and enforced disappearances, and to hold them accountable. Mefreh called for an increasing number of doctors assigned to work inside central and public prisons in proportion to the numbers of detainees and prisoners, reducing overcrowding inside detention facilities, and providing an adequate number of isolation rooms during health emergencies.