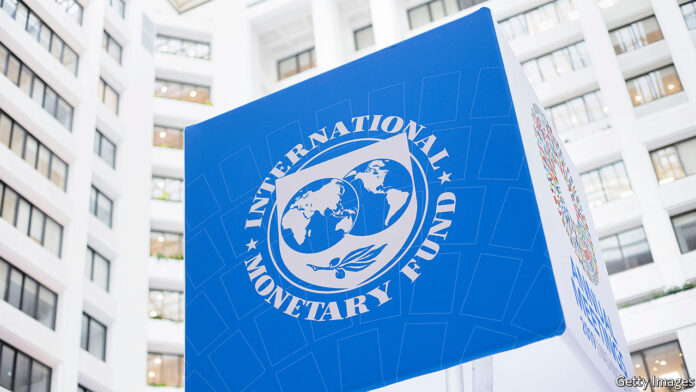 The International Monetary Fund raised its prediction of the Egyptian economy’s growth rate during the 2020/2021 fiscal year to 2.8 per cent compared to the prediction of two per cent, which the fund issued in June.

The fund had approved previously a stand-by agreement to give Egypt $5.2 billion financial aid and indicated in the first revision of the agreement that the performance of the Egyptian economy exceeds expectation, as the GDP deflated in the third quarter of the 2020/2021 fiscal year at a slower pace than the fund’s prediction. This was because of the momentum of consumption. Nevertheless, as the saying goes, the devil is in the details. There are a lot of negative predictions that are being covered up so that a good image of the government’s performance can be presented.

The IMF addressed the sources of dollar flow to the Egyptian economy, indicating that tourism revenues will witness regression to approximately $2.4 billion with the conclusion of the current fiscal year compared to $9.9 billion in the previous year. However, it is expected that tourism is to improve gradually reaching $6.8 billion. Tourism revenues are not expected to return to their pre-pandemic levels until the 2022/2023 fiscal year. The year 2019 before the COVID-19 pandemic witnessed 13 million tourists coming to Egypt and the tourism sector achieved revenues worth $13.3 billion. This was the best rebound for the sector since 2011, but it was aborted by the pandemic as the number of tourists decreased again to 3.5 million in 2020.

The IMF ensured that the public debt and financing needs will remain as economic challenges in Egypt, making it susceptible to the financial fragility of the emerging markets. Accordingly, the fund expected another group migration of capital, intensifying the financial stresses and the currency fragility. Hence, it is advised to increase flexibility in confronting more shocks to reserve the investors’ trust in the future of the Egyptian economy.

Moreover, Egypt needs to exert efforts regarding improving its competitiveness to encourage economic growth. The private sector needs to lead creating new job opportunities. Bridging the gender gap in employment should be considered with establishing more nurseries for children and offering training programmes for women. Finally, preparing the manpower to digital transformation is due in the post-COVID-19 stage.

Women are forbidden at Egypt’s hotels if they travel alone

Will Al-Sisi’s debts limit Egypt’s options in the GERD crisis?