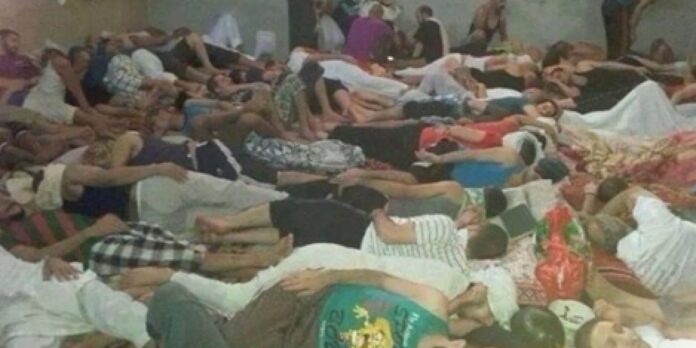 I found a large gym and spa… I was standing next to the small window so that I could breathe. We were playing football and Habib al-Adly [the former interior minister] was counting my incorrect penalty kicks… We are forbidden from exercising for years and never see the sun. We were 16 people in a building with a capacity of 3,000 people… we are 40 people in a cell measuring several metres in size, and sometimes we sleep while standing.

These are some examples of the contradictions experienced by political prisoners and detainees in Egypt compared to the Mubarak regime’s senior men who were convicted of many crimes. This contradiction and the double standards were exposed by the radio statements made by the well-known musician Hany Mehanna about his prison conditions in 2014, when he spent six months in jail, after a five-year sentence, on charges of seizing public money.

During the interview, Mehanna spoke about the conditions of his imprisonment with the sons of Mubarak, Alaa and Gamal, and some figures in Mubarak’s regime in Tora Prison. Mehanna likened the prison conditions to a five-star hotel” describing the prison as similar to what appeared in films, such as El Avocato by Adel Imam and the Narcos series about the Colombian drug legend Pablo Escobar. Mehanna said that he was among 16 people, some of whom were officers, in a place that could accommodate more than 3,000 people. He added, “I entered and met Hisham Talaat Mustafa [the Egyptian businessman who was imprisoned in connection with the murder of the Lebanese singer Suzan Tamim] who had built a huge building as a mosque, and Ahmed Ezz [the secretary of the organisation in the ruling National Democratic Party during the Mubarak era] who had built an abnormal gym and spa, with the latest equipment … and ping-pong tables and pool tables.”

The Egyptian musician noted that when he entered the prison, “Alaa brought me a TV and Gamal brought me a refrigerator … their needs were important to them.” Mehanna indicated that they used to play football inside the prison, explaining, “we play football together … and Habib Al-Adly was the referee for the football matches for hours every day.” Mehanna talked about his relationship with Alaa and Gamal: “I got to know them closely, I felt that these people were wronged.” The two Mubarak sons and the icons of his rule were imprisoned in relation to many cases after the January 25 revolution toppled the regime from power, before Mubarak and his sons and those close to them were acquitted in most cases.

Mehanna’s statements came a few weeks after Human Rights Watch described Scorpion Prison, which holds political detainees opposed to the regime, as a “torture facility” and a few months after Amnesty International described the same jail as a “cemetery.” The poet and activist, Omar Hadhiq tells the details of what happened to him after he entered the prison, saying “I was living next to the garbage can in Al-Hadra Prison, next to the door in an area not exceeding a metre.” “I stayed there for a period of time, and I could not cope with the stench of the residue, the variety of cockroaches and insects.”

As for the lawyer, Mohsen Al-Bahnasi, he published a painful testimony about his imprisonment in which he said: “I was in the cell with a lawyer, he had two daughters. His heart was attached to them strongly, to the point that when he came to sleep on a blanket on the floor he moaned, mourned, and called their names whilst he was asleep.” He added: “There was an imprisoned artist who drew the two girls for this lawyer, and the picture appeared as if it was real. He slept and woke up on it and became calm; the panic and nightmare ended. But some officers and soldiers searched the cell and threw everything out, including the two pictures of the sweet girls.”

Another former detainee (who refused to reveal his identity) recounts that when he was imprisoned in 2014, he was transferred to a cell full of detainees, and he said, “We were sleeping almost on top of each other. As for the bathroom, it is impossible to sit in it; you have to stay almost standing.” Another, Ahmed Al-Sayed, confirms that he spent his imprisonment, “in a cell measuring three metres by three, and there were about 32 prisoners.”

The suffering of Karim Abdel Sattar was full of pain, as he recounted about a cell in a police station which contained 70 or 80 people and “smoke filled the place, we could not breathe.” Abdel Sattar, who is not a smoker, says that he inhaled marijuana, hashish, and unknown drugs that he had never heard of before.

According to observers, the testimonies of political prisoners, whose numbers are estimated at 60,000, contain many violations, which also include “the lack of lighting, the absence of humanitarian arrangements for sleeping, sanitation and taking into account the weather, as well as the lack of space and lack of ventilation.”

More than 70 people died during the past year due to health conditions inside prisons and the failure to provide medical services to detainees. The number of prisons in Egypt is 68, 26 of which were established after Egyptian General Abdel Fattah al-Sisi’s arrival to power. In addition to these prisons, there are 382 detention facilities inside police stations in various governorates, in addition to secret prisons in the camps. According to an official report issued in 2016 by the National Council for Human Rights (governmental), the rate of overcrowding in prisons ranges from 160 per cent in prisons to 300 per cent in police station detention facilities.

The Egyptian authorities are always keen to ensure that the official version about the places of detention and the conditions of detainees prevails, including talking about their enjoyment of all their legal rights, whether with regard to health care, visitation, exercise and non-degrading treatment, and even enabling them to read and develop themselves, which is contrary to the truth, according to independent human rights reports.