EgyptWatch
Home Reports The fall of the Iron and Steel Co: From leadership to liquidation
Facebook
Twitter
WhatsApp 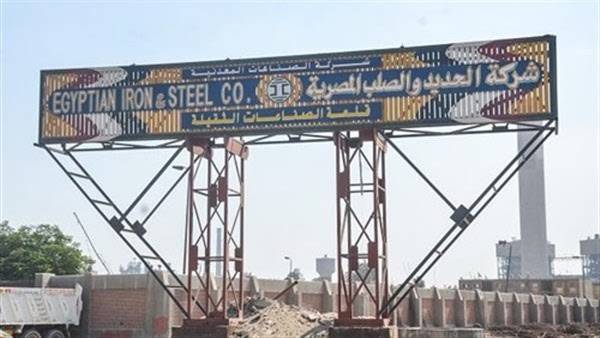 “An unjust decision,” said Khaled El-Feki, a member of the Board of Directors of the Holding Company for Metal Industries, commenting on the decision to liquidate the Egyptian Iron and Steel Company. The extraordinary general assembly of Egyptian Iron and Steel Co, affiliated to Metallurgical Industries Co, which is one of the public business sectors, decided, on Monday, to separate the mining sector from the iron and steel factory in Helwan in preparation to liquefy the factory. The decision included separating the company’s quarrying activity and establishing a separate joint-stock company for it.

The company’s liquidation came 67 years after it was established. The news caused a wave of severe frustration and the public commented that it was a pioneer in its field, not only in Egypt but across the region. The decision comes as a continuation of the policy of selling the country’s assets and subjecting economic institutions to the control of the army or its investors.

Iron and Steel Co incurred losses of about EGP 274 million in the first quarter of the fiscal year 2020-2021, compared to losses of EGP 368 million a year ago. Production of the company repeatedly stopped due to the obsolescence of machinery and equipment and the lack of necessary raw materials. On September 30, the company’s debts reached about EGP 6.3 billion.

The General Federation of Egyptian Trade Unions rejected the decision to liquidate the company, saying that it “comes within the framework of a general atmosphere created by the current government to liquidate the public sector, which was a shield and sword for the nation in the field of production.” In a statement, the federation added, “If the factory has suffered losses, it is because of mismanagement and the government’s inability to develop, exploit resources and components, and promote the national industry.” He explained that the decision “is not considered and contributes towards the elimination of a great history of the iron and steel industry.” He said that the company had the ingredients that would qualify it for advancement on the condition that there is a will and desire to develop, pointing out that Egypt has 18 engineering colleges capable of developing and rebuilding the company. The following is a brief history of the company and the development of its establishment until it was liquidated.

The Egyptian Iron and Steel Company is the first building block in the Egyptian iron industry, and it was established in 1954. After generating electricity from the Aswan Reservoir, discussions about establishing an iron and steel factory began in 1932. In the 1940s, industry companies were limited to exploiting scrap leftovers from World War II. However, the idea of ​​producing an iron and steel factory continued to haunt the Egyptian industry until the end of the monarchy in 1952, when the republican era came with ambitions to achieve an Egyptian industrial renaissance.

On June 14, 1954, the late President Gamal Abdel Nasser issued a decree establishing the Iron and Steel Company in the Tebbin area in Helwan (south of Cairo), as the first integrated complex for steel production in the Arab world, using blast furnace technology. The company witnessed several developments, including the steel complex construction, which began production in 1972, with German smelting technology and Russian equipment, with the production capacity reaching one million tonnes of steel. In this way, the Iron and Steel Company would take the lead not only in Egypt but the Arab world and was a pioneer in the iron and steel industry.

The company specialised in the extraction of iron ore and all other mineral ores and quarry ores. It traded in them both internally and externally, and steel production at an annual rate of 1.2 million tonnes. In 1991, Iron and Steel followed the company to the Holding Company for Metal Industries, until the Holding Company for Metal Industries, which is owned by the government, acquired about 83 per cent through the shares of the Egyptian Iron and Steel Company.

Despite the company’s leadership in the field of steel in the Arab world, it continued to suffer and make losses due to the obsolescence of machinery and equipment and the lack of the necessary raw materials. According to a study published by the National Investment Bank in 2017, the steel industry in Egypt was “negatively affected by the government’s decision to float the Egyptian corner, as a result of the increase in operating expenses for factories, the high price of the dollar, as well as the frequent disruption of energy resources such as natural gas from factories.” The study warned at the time that “the Egyptian iron industry faces many problems, the most important of which is unfair competition with imported iron, as the flooding of the market with imported iron increased, especially from Turkey, Ukraine, and China at prices lower than the cost of its production.”

It also warned of the danger of weakening competitiveness in the market, amid the monopoly of Ezz Steel, which is responsible for 50 per cent of the total iron production volume in Egypt. The Ezz Steel company is owned by Ahmed Ezz, a former leading businessman in the dissolved National Party. Matters developed until the company’s extraordinary general assembly agreed that the iron and steel business would not continue, that it would be liquidated and they would establish a new joint-stock company for quarrying activities, under the name, The Iron and Steel Company for Mines and Quarries.

A month into Biden’s presidency: Has he kept his promise about...

The military’s deal of the century: A $10bn arms sale from...

The displacement of the people of the slums: A better life...