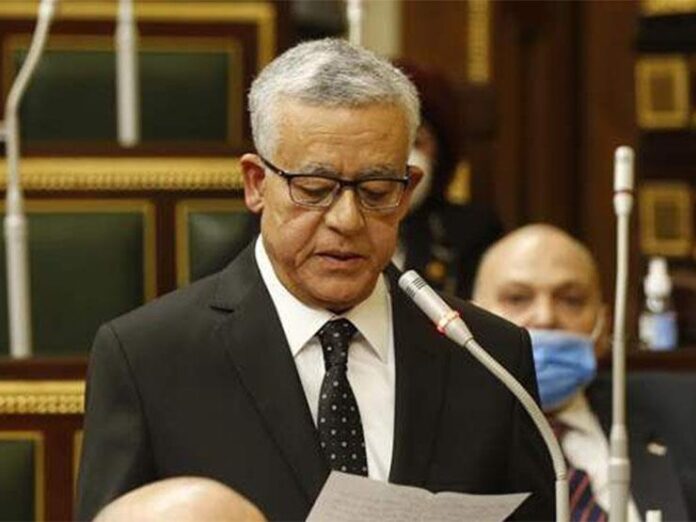 Hanafy Gebaly, the speaker of the parliament, decided on Wednesday to end the parliamentary discussion of the minister of education Tarek Shawki despite the members’ objections. The day before had witnessed a violent attack on the Media Minister Osama Heikal by a couple of MPs of the Nation’s Future and the Coordination Committee of Party’s Youth Leaders and Politicians (CPYP). The MPs demanded Heikal resign and pay back the financial rewards he has got as the chairman of the Media Production City. They explained that holding this position in parallel to holding a ministry violates article no. 166 of the constitution, which bans working for other institutions for ministers.

The attack on Heikal evoked his statement last October that the state-owned media has failed to reach the youth. The statement was considered by the MPs as a cause for resignation and abolishing the ministry that does not have a role. The crisis was seen against the background of the competition between sovereign security bodies on the domination over the media, as it is known that the General Intelligence controls media with the administration of Major Ahmed Shaaban.

Shaaban’s organs attacked Heikal to the extent that Channel One TV broadcast a report critical of Heikal. The incident represented an irony. Accordingly, Heikal is expected to depart within the partial reshuffle. However, such conflicts inside the parliament are seen as verbal shows for media consumption, and nothing will result from it. What really happens is the violation of the constitution that provides the cabinet resignation after the parliamentary elections. Then, the president would assign the task to a person, who could be the previous prime minister, to form a new government with a new platform to be presented to the new parliament to gain its confidence.

Ali Abdel-Aal, the former speaker of the parliament, elaborated that the government does not have to resign, and the new parliament can renew its confidence in it without resignation. This was the argument taken by the current pro-government parliament to keep the cabinet in office. One week ago, Gebaly demanded the PM and ministers of municipal development, supply, higher education, media, education, youth and sports, international cooperation, and public business sector present detailed statements about their performance according to the government’s platform titled, “Egypt sets out 2018-2022”. The ministers attended the parliament between Monday and Thursday.

According to the internal regulations of the parliament, presenting statements to the parliament could not result in withdrawing confidence from any minister. The resignation could result only from discussing an interpellation of the minister, and this has not happened yet. The constitution gives the president the authority of dismissing the cabinet or demanding a reshuffle after consulting the PM and the approval of the parliament, while the internal regulations of the parliament condition to withdraw the confidence from the cabinet or any of its ministers discussing an interpellation against him and the voting of the majority in a poll.

It is known in Egypt along its history as a Republic that the parliament is a formal institution that is devoid of authorities. This conjuncture has deepened with the ascent of Abdel Fattah al-Sisi as the parliament has lost all respect for the government and the executive authority and turned to be only material for media consumption and drawing a false democratic image of Egypt.

Sisi uses Covid-19 to restrict freedom of research and expression