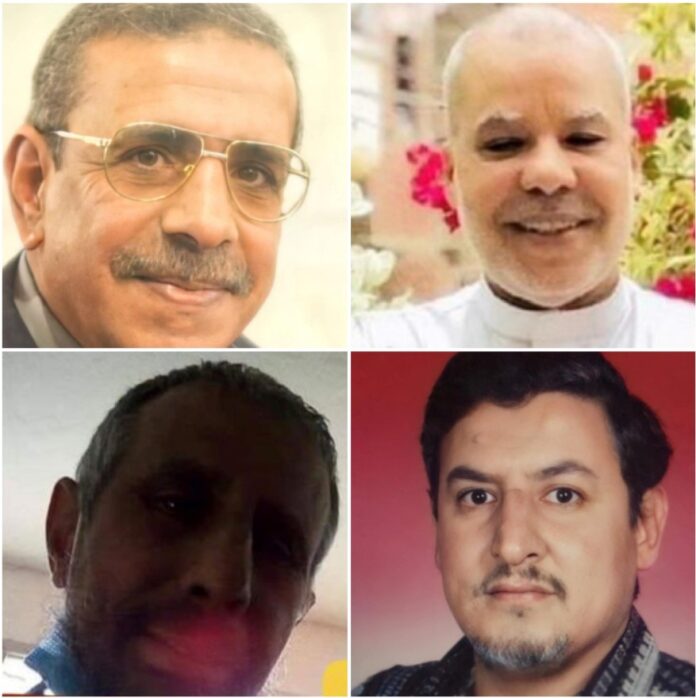 Last week, the death toll of detainees in Egyptian prisons has risen to four due to coronavirus. The number of deaths due to medical neglect has risen to seven since the beginning of 2021.

Last Friday, human rights organisations announced the death of the 61-year-old citizen, Mansour Hammad, on Thursday evening, inside Burj al-Arab prison in Alexandria, as a result of medical neglect, after he was infected with coronavirus.

The Egyptian Coordination for Rights and Freedoms said on its official Facebook page today: “Hammad was arrested nine months ago in the Ataqa Police Station in Suez, without suffering from any illnesses, then he was transferred to Burj al-Arab Prison last January. His family was prevented from visiting him, and the prison administration denied his existence before his family knew that he had been transferred to Maamoura Hospital, following the deterioration of his health and his death there.” In just 24 hours, three other citizens died in police stations in the governorate of Dakahlia, as a result of medical neglect after being infected with coronavirus.

We Record NGO announced on its Facebook page yesterday that three citizens died after their health situation deteriorated as a result of deliberate medical neglect. Jamal Roushdy Shams, who died in the Mansoura Police Station in Dakahlia, where he was arrested nearly a month ago in the run up to the 25 January revolution anniversary. We Record also announced the death of citizen Mostafa Abo al-Hasan, 57, in the custody of Met Ghamr Police Station in Dakahlia, as a result of his infection with coronavirus. Mahmoud al-Agamy died in Al-Sadr Hospital in Mansoura 39 days after his arrest, as he was infected with the virus while in detention at the Talkha Police Station in Dakahlia and was refused hospitalisation until after his health had deteriorated.

In January, three other citizens in prisons and various custody places died as a result of deliberate medical neglect. On January 9 Reda Hamouda died in Belbic Police Station in Sharqiya in the Delta of Egypt, after being sentenced to five years in prison, making him the first victim of medical neglect in 2021. Two days later, on 11 January, Abdulerahman Mohammed Abdulbaseer, 35, imam and orator at the Ministry of Waqfs in Fayoum, died after suffering from illness inside custody in Al-Menya Prison, north of Upper Egypt, because of deliberate medical neglect after a detention period of five years. On the 20th of the same month, almost two weeks ago, the citizen Abdulaal Hamed Abdulaal, 68, imam and orator at the Ministry of Waqfs in al-Gharbia, northern Egypt, died in custody in Burj al-Arab prison in Alexandria, as a result of liver diseases, which he suffered from and which worsened throughout his years of imprisonment, which began in September 2014.

Despite US pressure, will Egypt buy Russian Sukhoi fighters?