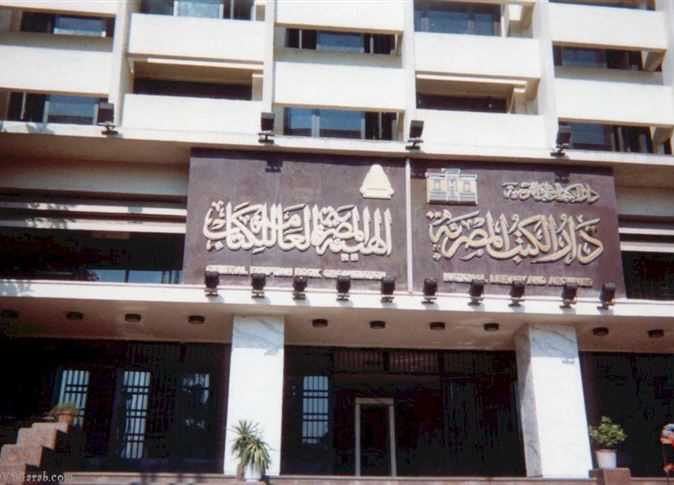 Writers and authors in Egypt are suffering from the guillotine of censorship and obstacles to obtaining a deposit number for books with titles that could be interpreted as being political. Some of them have been convinced that talking about any political matter is prohibited.

Although the phenomenon of obstructing the granting of deposit numbers for books suspected of having political elements has extended in the last three years, writers have recently complained of its expansion.

The writer Hamdi al-Batran, a retired police general, says that the owner of the Insan publishing house went to obtain a new deposit number for his books “Diaries of an Officer in the Countryside” issued some 15 years ago, and “Mubarak: The Tragedy of a President” issued a few years ago. To his surprise, the Dar al-Kutub employee refused to grant him a deposit number for the book to be re-published in newly edited editions, claiming that the two titles “suggest political content.”

The same thing was revealed by the poet Maher Mahran, when he said that the publishing company refused to give him a deposit number for his office “And I am in the Cage” for the same reason, adding: “The employee told me that the cover and the title are political.” He continued: “Even though this is collection No. 12 and, in my experience, poetry is based primarily on metaphor instead of being granted a deposit number, it has [been submitted to the] courts of inspection.”

Dar Al-Kutab is the only authority in Egypt entrusted with granting deposit numbers for the books issued, without considering their content, according to the normal procedure of issuing a new book. One publisher, who refused to be named, confirmed that there are verbal instructions from high up for employees to block the granting of books whose title might suggest “disturbing political content” so that the author or publisher can clarify the book’s content to employees. The granting of the number is limited to simply presenting the cover of the book, the belly of the outer cover, and the back of the cover of the book that contains its profile.

The publisher revealed that he applied a year ago to publish a book of a global political nature and that he expected to have the deposit number blocked, as is usual and expected, but he was surprised with the ease with which he obtained the number, “perhaps because the title speaks about global rather than domestic politics,” according to his interpretation. He said that it is usual for the author or publisher applying for the deposit number to assure employees by sharing a summary of the book’s content itself.

The employees invoking this procedure said that the order to do so came from above, although no decision over this has been officially announced. If the book has political content about the opposition, according to the speaker, then the publisher refrains on his own from going to Dar Al-Kutab to obtain a deposit number. If he succeeds in overcoming the obstacle of obtaining the number, he will face an ambiguous fate when publishing, as happened with publishers who went “behind the sun” because of books they published, which were not at the whim of authority.

The “flying wolf head” was published by Khaled Lotfi, who published a translation of the book “The Angel” through a house owned by him, which deals with the story of the spying of former President Gamal Abdel Nasser’s son-in-law and his secretary, Ashraf Marwan, for the benefit of Israel. After the book was published, he was arrested and tried in a military court in 2019 and was sentenced to five years imprisonment. At the beginning of 2017, the National Library and Archives declined to issue a deposit number for the book “The Trick: The Military and the Brotherhood between Alliance and Confrontation,” published by Dar Merit.

Employees of Dar Al-Kutub asked the publisher of the book to obtain approval from the censorship of artistic works before granting them the deposit number, according to press statements by the director of the house, Muhammad Hashem. The security forces also raided Merit House and arrested an employee there on the grounds that a report had been received of the existence of books without deposit numbers. Then the accusation was found to be invalid, and the prosecution released the employee.

According to local media, a delegation from the Board of Directors of the Egyptian Publishers Union recently met with the head of the House of Books and Documents, Nevin Moussa, who promised to study the problems facing publishers to obtain deposit numbers and work to find solutions to them. Law No. 20 of 1936, which is currently in force, specifies the steps for issuing any book, as it begins to be deposited in Dar Al-Kutab, after obtaining a deposit number before publication. On the first page of any book or on the last page of it, the name of the publishing house is mentioned, its address, the name of the publisher, and his address. Maybe also the printing authority and the date of printing.

The absence of a deposit number does not necessitate the imposition of a freedom-depriving penalty on the author or publisher, according to a report by the Association for Freedom of Thought and Expression, which is a private institution concerned with the rights and freedoms of expression and publication. The foundation monitored obstacles facing writers and creators in order to express their opinions, ideas, and creativity in light of the multiplicity of parties behind the restriction of the freedom of creativity.

The foundation stated, in a previous report, that it has become necessary for the writer to sign a declaration stating that he is responsible for all that is mentioned in his book and bears the consequences of all that is stated in his book, as well as a copy of his national number, and an official power of attorney for his representative if he is unable to attend.

Due to economic conditions illegal excavations are doubling in Egypt