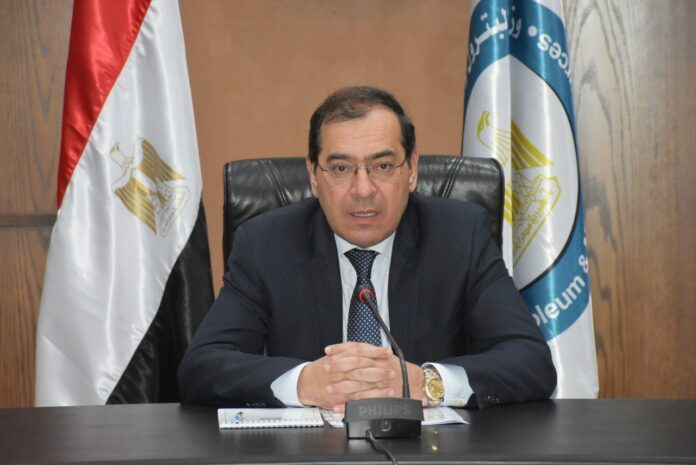 There was no unexpected information published in the international media about the meetings that the Egyptian Minister of Petroleum Tariq al-Mulla had with Israeli officials led by Prime Minister Benjamin Netanyahu and President Reuven Rivlin. But the unexpected came from al-Mulla’s visit that extended to the Palestinian territories to meet with President Mahmoud Abbas and officials in the energy sector, which led to the announcement of the signing of an agreement to develop the Gaza Marine field on the Mediterranean.

The Gaza Marine field is the first discovered natural gas field in the eastern Mediterranean, followed by Israeli, Egyptian, and Greek discoveries that changed the region’s energy distribution map and raised conflicts between many countries bordering the Mediterranean. The field is still not exploited by the Palestinians, who found the Eastern Mediterranean Gas Forum two years ago a new international pressure tool to extract the right to develop it from Israel. With Israel’s refusal to develop it, British Gas exited the field, so the British-Dutch company and Royal Dutch Shell who planned to buy a stake, but both exited later in March 2018.

On the other hand, perhaps what accelerated the Egyptian move to sign the agreement to develop the only Palestinian field was the Qatari activity in Gaza and its strong presence in a recent declaration to solve the electricity crisis in the Strip. Last week, the last announcement was made after the signing of an agreement between Qatar, the United Nations, and the European Union in coordination with Israel and the Palestinian government.

Cairo may fear the entry of Qatar as a strong player to the eastern Mediterranean, which could turn into a partner in a new sector for the Palestinians by developing the field close to Egypt’s borders and its gas fields. With the assumption that Qatar will obtain a contract to develop the Palestinian field first, it will be active in a region rich in gas. Secondly, it will work with advanced technical capabilities that may open up other gas discoveries. Egypt has always been clear about its efforts to become a regional energy centre through its discoveries in the Mediterranean and the signing of contracts to import Israeli gas for re-exporting it to Europe.

Al-Mulla’s visit to Israel came three weeks after Egypt denied the existence of any negative effects that the Suez Canal might face, due to Israeli shipping lines that might extend between the Red Sea and the Mediterranean which are located south and west of Israel.

The Suez Canal Authority said in a statement that the canal route will remain the shortest and safest link between East and West, as shipping containers through the canal can transport larger quantities of goods at a lower cost than any land routes. Egyptians’ concerns about the Suez Canal’s future increased after Israel announced talks to extend lines from the UAE, passing through Saudi Arabia and Jordan, to Eilat, and then to the Ashkelon Port on the Mediterranean. This means that a competitor in the oil sector will share the Suez Canal revenues of transit crude. More importantly, it will open the door to studying a land corridor’s development from southern to western Israel in other commercial sectors. From here, the importance of the Egyptian Minister of Petroleum’s visit was to get acquainted with what Israel thinks about its land shipping lines (not yet exploited), the competition for the most important global shipping lane (the Suez Canal), according to identical sources.

In the last quarter of 2020, the Israeli company Europe-Asia Lines and the UAE company MD-Red Land Bridge Limited signed a memorandum of understanding for cooperation in the field of transporting crude oil between the Gulf countries. The agreement aims to develop new and existing infrastructure to transport oil from the Gulf states to consumption markets in Europe, most of which currently passes through the Suez Canal.

The Eilat-Ashkelon pipeline includes a main oil pipeline, as the length of the pipeline is 254 kilometres. Ashkelon Port includes oil tanks with a capacity of 2.3 million barrels and receives crude tankers of 300,000 tonnes. According to the American Foreign Policy magazine, last year, trade in the Suez Canal is expected to decrease by more than 17 per cent, with the operation of the Eilat-Ashkelon pipeline under an Emirati-Israeli agreement.