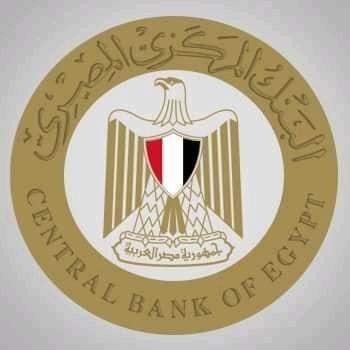 The heavy debt bill predicts a difficult fiscal year for Egypt during 2021 to meet foreign obligations and pay off outstanding debts with a total value of $21.4 billion.

Since Abdel Fattah al-Sisi came to power in mid-2014 (the size of the debt at the time was $46 billion), Egypt’s debt has doubled, registering an increase of 175 per cent by next June, according to the International Monetary Fund’s estimates.

Estimates vary for the size of Egypt’s external debt, which reached $125.3 billion last September, according to official data issued by the Central Bank of Egypt.

Egyptian businessman and professor of economics Mahmoud Wahba goes further, stressing that Egypt’s foreign debt has risen to more than $200 billion. These loans added to the cost of constructing the Dabaa nuclear plant worth $32 billion, the high-speed train worth $23 billion, and bank debts worth $12 billion.

According to the international bond bulletin recently presented by Egypt, the Egyptian government must pay $21.4 billion during the current year 2021, including $10.2 billion in the first half and $11.2 billion in the second half. The next year 2022, Egypt will remain burdened with a heavy debt bill of $14.9 billion. Egypt will pay the last external commitment in the first half of 2071, amounting to $4.47 million, if new external loans are not obtained.

Creditors to Egypt top this year, three countries, namely Saudi Arabia, the United Arab Emirates, and Kuwait, with total deposits of $17.2 billion. The largest share is attributed to Saudi Arabia, with deposits of $7.5 billion, $5.7 billion to the Emirates, and $4 billion to Kuwait. The rest of the debt relates to soft loans due during 2021 from the World Bank, the African Development Bank, the Japanese International Cooperation Agency, and the Arab Monetary Fund.

According to the credit rating agency Standard & Poor’s, the due payment of $2.5 billion Eurobonds and swap facilities worth $2.7 billion with China will be resolved. From this year, Egypt will start repaying the IMF loan ($12 billion it received in 2016), provided that the repayment will be made in semi-annual payments, with the value of each payment being about $182 million. Consequently, Egypt is set to complete the last tranche of the IMF loan payment by July 2029.

The dangerous thing is that Egypt faces creditors in two ways, in an attempt to carry over the difficult repayment schedule, which burdens the Egyptian budget during the fiscal year 2021/2020, with a value of $555.6 billion (about $35 billion) to repay loans. Through its regional and international relations, the Egyptian regime is resorting to prolonging the external debt in an attempt to relieve pressure on the country’s financial portfolio. During the past few years, Egypt began issuing international dollar-denominated bonds with maturities of 12 years, 30 years, and 40 years, as a step to extend the average life of the public debt portfolio.

According to the Central Bank of Egypt data, 90 per cent of Egypt’s external debt stocks are classified in the long term. It is worth $101.4 billion. Simultaneously, the short-term debt value (maturity of less than 12 months) amounts to $11.3 billion by ten per cent. Of the long-term foreign debts, $34.7 billion are owed to international institutions, $20.9 billion are international bonds, and $10.2 billion are bilateral debts, of which $1.8 billion is the liquidity support facility provided by the China Development Bank to the Central Bank of Egypt in December 2019.

The debt also includes $11.4 billion in facilities from suppliers and buyers, $3.8 billion in repo agreements (reverse repurchase agreements) with some banks and countries, and $2.8 billion in bilateral debts rescheduled. This is in addition to $17.2 billion in deposits from Arab countries and $400 million in unsecured debt on the private sector. The second method used by al-Sisi’s regime is debt recycling, meaning that it borrows new debts to pay off old loans, which means that Egypt has already entered the debt spiral. Long-term debts carry significant risks, as they burden future generations because they have higher interest rates, according to economic expert Muhammad Rizk, in press statements. Al-Sisi’s need for long-term debts is compounded by the lack of resources to cover the installments and interests of short-term debts.

The Egyptian economic expert, Abdel-Hafez el-Sawy, draws attention to the nature of the Egyptian government’s guarantees to bring in these loans. He pointed out that, in the past, Egypt had provided oil exports as a guarantee to obtain a loan of $2 billion from the international bond market during the era of the late President Hosni Mubarak. El-Sawy said that natural gas exports would be the guarantee provided to creditors, in light of these successive bonds issued annually, accompanied by the highest international market price.

The Egyptian debt crisis is further exacerbated by the squandering of those loans in spending on non-productive and non-profitable projects, such as the new administrative capital and the new city of El-Alamein, the establishment of the largest mosque, the largest church, the largest opera, and the hosting of a world championship without an audience (World Handball Cup 2021). Debt services in Egypt until 2025 amounted to $72 billion, which is the enormous amount of debt services that Egypt has signed since its independence.

The Egyptian impasse is exacerbated by the repercussions of the coronavirus on the national economy, damage to large sectors, the cessation of tourism activity, and the decline in the revenues of the Suez Canal. This means that the country’s financial portfolio is in a deplorable state that cannot respond to creditors’ requests. 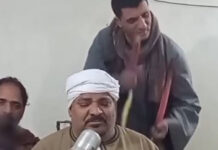 How Egypt was deceived in the Renaissance Dam negotiations?

Refugees are the most prominent victims of organ trafficking in Egypt