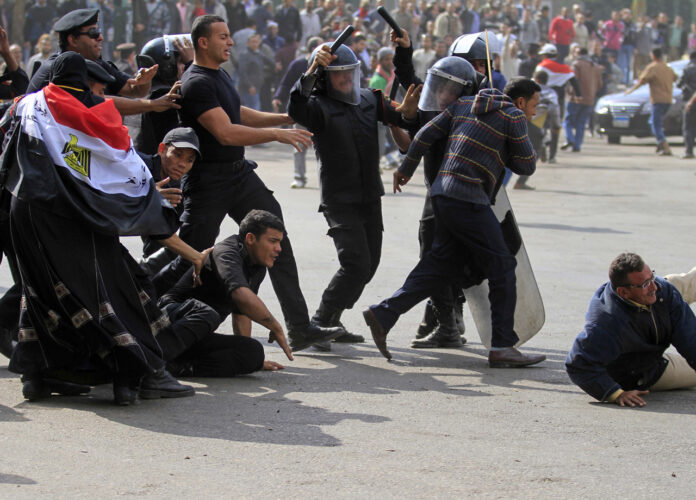 The Permanent Representative of Finland to United Nations, Ambassador Jukka Salovaara, read out, on Friday, a statement signed by 29 countries from all over the world, regarding “restrictions on freedom of expression and the right to peaceful assembly, the constrained space for civil society and political opposition, and the application of terrorism legislation against peaceful critics.”

“We remain deeply concerned about the trajectory of human rights in Egypt,” said Salovaara in the UN Human Rights Council 46th Session.

The statement urged Egypt to “guarantee space for civil society – including human rights defenders – to work without fear of intimidation, harassment, arrest, detention or any other form of reprisal,” giving a special hint on lifting travel bans and asset freezes against human rights defenders and the staff of Egyptian Initiative for Personal Rights staff, which is an Egyptian human rights organisation. The statement demanded Egypt also to lift blocks it imposed on dozens of digital media outlets, and to release the journalists, detained for political reasons. The signatories recognised Egypt’s role in managing migration and fighting terrorism. “However, we are deeply concerned about the application of terrorism legislation against human rights activists, LGBTI persons, journalists, politicians and lawyers.”

The statement represents a response to a joint letter filed by 100 leading human rights organisations, on 9 February, to the ministers for foreign affairs before the UN Human Rights Council 46th session urging them lead a collective action on human rights in Egypt. “We are at a critical juncture for human rights organisations and the wider struggle for human rights in Egypt.” In response, the Egyptian Foreign Ministry rejected totally the statement, which included inaccurate information, according to the ministry. “Egypt will shed light on violations in the countries that signed the joint statement,” the ministry said in a press statement on Facebook.

The statement was supported by:

35 Egyptians kidnapped in Libya for a ransom