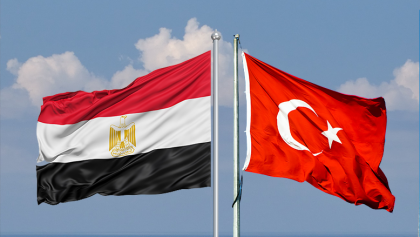 According to the sources who spoke on the condition of anonymity, the instructions were sent last Monday, three days before the Turkish demand to the Egyptian opposition TV channels in Turkey to calm down criticism of the Egyptian regime. Another source in Sada Al-Balad TV, which is not owned by the United Group, and works also for Ten TV, said that the same instructions were sent to both channels.

In a similar vein, Arabia and Asharq Saudi TV channels reported, on Thursday, that Turkey shut the Muslim Brotherhood’s TV channels in Turkey and put some of the group’s leaders under house arrest. Egyptian news websites and newspapers reported that as inaccurate news, before deleting it according to orders from the Egyptian authorities.

The last TV broadcasts about the opposition TV channels was, on 14 March, when TV host Ahmed Moussa said that the well-known dissident TV host Mohamed Nasser changed his attitude positively towards the Egyptian army. The only Egyptian TV host who addressed Egypt-Turkey rapprochement was Amr Adib last Friday. Adib works for MBC Masr Saudi TV, which is not subject to the Egyptian authorities’ instructions according to previous Egyptian-Saudi understandings.