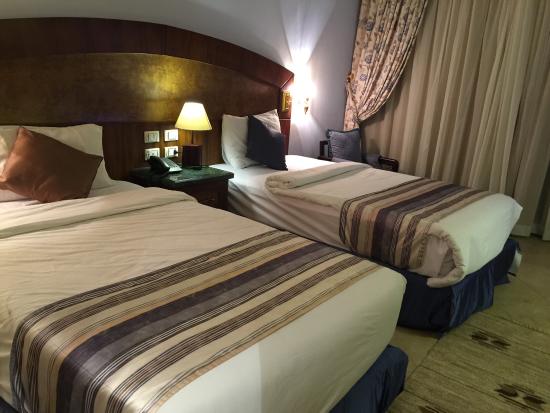 Last July, Heba Afifi, an Egyptian journalist and activist, tried to reserve a hotel room in the city of Minya (in the south of the country). In light of her failure to get a room, she got the impression that everything that is said about the collapse of tourism in Egypt during the past years is pure lies and fabrications and that tourism is experiencing a remarkable recovery.

In ten or more hotels (between luxurious and dilapidated), Heba tried to reserve a room, and the response to her was that the hotel was full. These responses gave her the feeling that the matter has an explanation other than the sudden recovery of tourism in Upper Egypt. The same thing happened a few months later, in the city of Mansoura, before she got a room in a lower-middle-class hotel. Her friends warned her of its poor security, and the manager asked her to lock the door of her room from the inside carefully. This story is part of Egyptian women’s long-suffering, who face opposition from their parents when travelling alone under society’s norms that consider this a threat to women or to violate conservative traditions. But what is beyond the expected is that women now need to convince these hotels’ administrations (after their parents) of their right to travel without escorts.

After checking and investigating these hotels, which are often of medium level (three or four stars), these hotels’ administrations prevent a woman from booking a room on her own. These hotels have shown that a particular condition is what guarantees women to stay in hotels without a problem, which is the presence of a first degree male relative. Most of the time, a single girl, a group of girls, a various group without kinship, a group of female relatives, and even a girl with a second degree relative is not allowed to reserve a room. As for the five-star hotels, the high standards of hospitality and their association with international companies may prevent them from refusing to serve on grounds related to social customs, although the major hotels have seen some cases, but at lower rates.

Mona El-Baz says that she travelled with her eight-year-old daughter, but several three-star hotels refused to book her a room in Alexandria recently. Several hotels told her that the decision came from the owner of the company, and they asked her to obtain a permit from the morality police. The hotels’ condition to accept her was the presence of a first-degree relative (male), and Mona tried to convince them of the impossibility of this, given the death of her father, the absence of her brothers, and the fact that she is divorced. After a long time, one of the hotels agreed, but Mona commented: “I felt very offended. There is no need to humiliate people in this way.”

As for the teacher, Dina Amr, she narrates the suffering of her mother and sister in the attempts to go to hotels in various governorates, including Cairo and Port Said, in light of the death of her father and the absence of brothers. Dina has another solution; it is to go to the armed forces’ hotels, as her family has the armed forces card. However, when she wants to book in one of those hotels, her aunt’s husband must book the rooms. Not only that, but he also should be present with them when she checks in. “I kept saving myself a sense of inferiority … when I travel, I stay in a hostel,” Dina says.

The responses received by the girls indicate that there are complex reasons for the hotels refusing them. Sometimes the response reflects a moral judgment on the girl who travels without a legal escort. This was reflected in the interpretation of one of the hotel owners to one of the girls after refusing her booking at the hotel: “I am a man who respects his reputation.” Although most of these girls exceed the age of adulthood, which makes them citizens with full rights, other hotels treated them as minors, so that a hotel employee told a girl that he “could not bear her responsibility.”

Sometimes girls are forced to resort to one of the five-star hotels to spend the night, and thus the cost is multiplied several times. Meanwhile, some hotels decided, by unilateral decision, to raise the age women must be to stay in their hotels. One of Alexandria’s hotels told El-Sayed that she could not stay at the hotel due to her being less than 45-years-old.

According to sources in these hotels, their administrations are afraid of the occurrence of “illegal relations” between the hotel residents, which exposes the management to legal accountability. The sources explain this logic by saying: “The girls tell their families that she goes to work, and the young man you know gets an adjacent room, and this is where the crisis is.” Therefore, the hotel requires that the girl wishing to stay alone should carry a letter from a family member, her “guarantor,” according to the sources (hotel owners refused to be named). While the sources clarify that these rules do not apply to foreigners, they say: “They have these relationships, [this is] normal, even the girl and the boy (man and woman) may book one room.”

As for Rixos Hotel in Alexandria, which is part of an international chain of hotels (five stars), to get out of this dilemma, it issued a decision not to book anyone alone, and the hotel followed a policy of housing families only, preventing the service for individual women and men equally.

For his part, Nagy Erian, a member of the Hotel Chamber in the Federation of Tourist Chambers, confirms that there is no legal basis for this policy. It is an individual decision. In contrast, he confirms that the person who is subjected to this has the right to file a complaint against the hotel in the police station, given that he is forbidden to serve on it, which violates the law. Erian showed his surprise at this policy amid the deterioration of foreign tourism and the greater dependence on Egyptians.