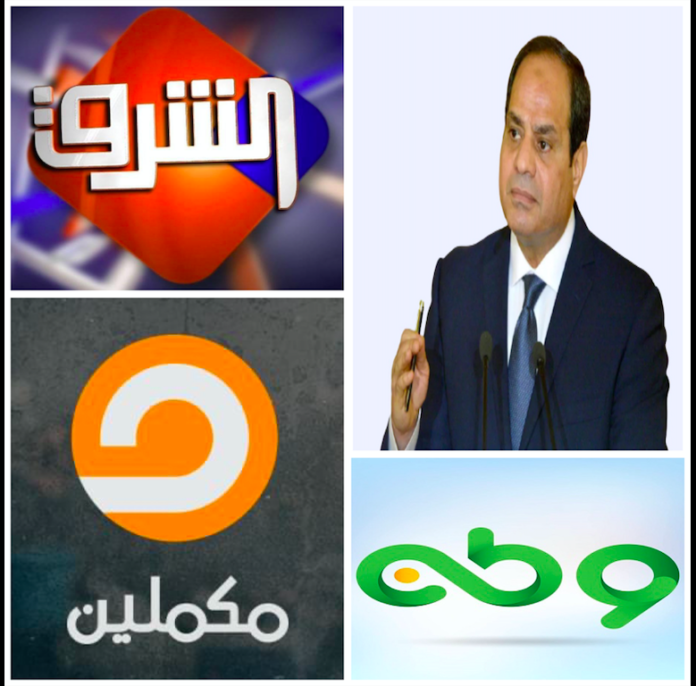 “Moving to a safer environment, even if it is more expensive, as well as establishing cheap media platforms on the Internet.” With these words, a prominent Brotherhood leader revealed the status of Egyptian opposition channels broadcasting from Turkey if pressure increased on them.

After successive, positive Turkish statements towards Cairo, surprisingly, Egyptian opposition channels broadcasting from Istanbul announced that they would stop broadcasting episodes of many of their political programmes, following a Turkish communication that these channels received in this regard.

There are several Egyptian opposition platforms and media outlets in Istanbul, chiefly Al Sharq, Mekamelin, and Watan TV channels. It has focused in the past eight years on presenting political programmes against the Egyptian regime.

Turkish sources confirmed their request from the Egyptian channels in a meeting with their directors to stop political programmes and ease the media tension between the two countries.

On the other hand, Al-Manassa news website spoke of instructions, which it said had reached Egyptian channels, newspapers, and websites, to stop dealing with the Turkish issue, three days before Ankara’s request to the Egyptian opposition channels to “reduce criticism of the Egyptian regime.”

The most prominent broadcasters of the opposition channels, namely Muhammad Nasser (Mekamelin TV) and Moataz Matar (Al Sharq TV), announced that they would continue to criticise the Egyptian authorities.

They stressed their willingness to leave Turkey to complete this message elsewhere to lift the Turkish government’s embarrassment, if necessary. Nasser revealed in televised statements that he had started looking for an opportunity to travel to the United States or Canada to continue working.

What is the fate of these TV channels? And what is going on in their owners’ minds about the next steps if relations between Egypt and Turkey improve and reach the stage of normalisation?

Jalal Jadu, a journalist and presenter of programmes on Watan TV, says that what happened was expected by everyone, and the owners of these channels are ready for that. However, he expresses fears that the Turkish authorities will resort to something more severe than lowering the editorial ceiling for these channels. Jadu stresses that these channels have long sought alternatives in other places (without disclosing them).

The former Secretary-General of the Supreme Council for Media and one of those responsible for the Muslim Brotherhood’s media abroad, Qutb Al-Arabi, excludes closing these channels, stressing that all that is in the matter is to control the media discourse to be more professional.

He points out that there was a stampede inside the same channels between two groups, one of which was convinced by the revolutionary discourse, which means violating the opponent and assassinating him morally. This group justifies its position that the regime’s media do the same thing.

As for the other group, according to Al-Arabi, they believe in marketing which would enable them to reach a wider audience.

All the while, these channels are subjected to opposing pressures by those who adopt these two lines from their audience, according to Al-Arabi. Therefore, within the same channel, there are programmes that adopt a sharp revolutionary discourse and others which pursue a discourse closer to professionalism, rationality, and calm.

Al-Arabi asserts that the debate about professionalism existed before any Turkish or non-Turkish demand. When this request arrived, it represented a prejudice to an existing line within these channels early on.

As for the future, and whether other steps could take place, Al-Arabi did not rule out the occurrence of any scenario, adding, “In politics, nothing is impossible, and the matter will be related to the extent of progress in political negotiations between the Egyptian and Turkish sides.”

He explains that the choice for these channels if they are subjected to greater restrictions, is to move to a safer environment, even if it is more expensive. He added that it might establish cheap media platforms on the Internet, expressing his expectation that things will not reach this limit in any case.

The Egyptian politician, Chairman of the Board of Directors of Al Sharq TV, Ayman Nour, was franker when he said that he does not rule out the transfer of channels to operate outside Turkey if there is a need. However, he stressed that he did not want to preempt events.