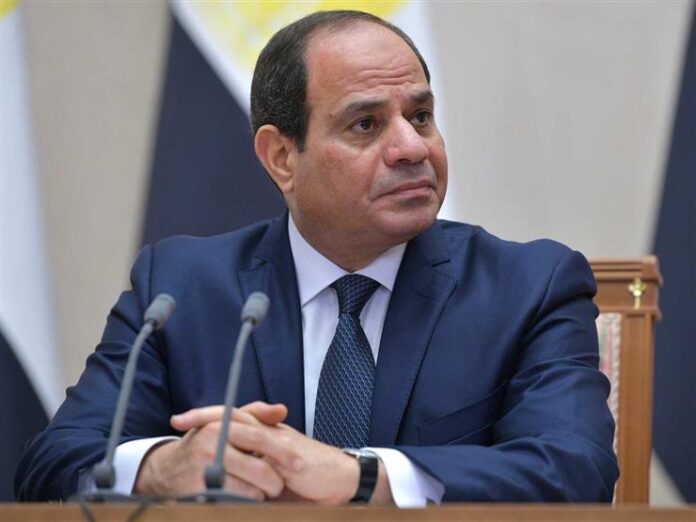 “Money is the most important need in the world.” This is how Abdel Fattah Al-Sisi spoke in December 2018, explaining his vision for public utilities and services, with a direct financial cost and return calculation and a comprehensive pricing system that defines the relationship between government and society. Then he said: “Instead of spending EGP 10 billion on developing the railway … we should put it in the bank … and get EGP one billion in interest.” Whilst the regime’s head was refusing to develop the railway used by most Egyptians to travel between cities, it began to construct luxury projects and to spend on the new administrative capital and global coastal cities.

The system spends on the New Capital Monorail and the express train line between Ain Sokhna and El Alamein, palaces, chalets, and luxury apartments. Egyptians will not benefit from more than one per cent of these projects. Egypt has not yet recovered from the disaster of the ship that closed the Suez Canal, one of the most important global shipping lanes and one of the most important arteries of the Egyptian economy, when the Egyptians were traumatised by the collision of two trains in Sohag, one of the most populous governorates of Egypt. Not only that, over the past seven years, Egypt has witnessed an acceleration in disasters affecting public facilities and private establishments.

Fires have multiplied in many factories and companies, with one fire burning in one of the towers on the ring road for a week, which led to the building being unfit for use, so the government demolished it with dynamite. There are multiple reasons behind the phenomenon of catastrophic accidents in facilities due to economic confusion and mismanagement. Still, it is widely observed that there is great negligence concerning spending on the maintenance of public facilities, whether they are transport facilities, fire protection, or road service and maintenance.

The recent incidents have been linked to Al-Sisi’s speech, the near and far memories of poor government performance, management and maintenance of public facilities, or negligence in firefighting services and road maintenance, despite the government’s behaviour over the past years to raise tax rates by more than 300 per cent. However, a significant decline in public services’ efficiency has been observed since July 2014. Government fees on all government services have been raised by rates exceeding 300 per cent.

Economist Hafiz Al-Sawy says that these disasters show the government administration’s mentality towards the maintenance process, as if the number and machinery, or even buildings, are operating at full capacity over time, which contradicts logic and even the rules of accounting. The annual budgets of public bodies and institutions include allocations for maintenance and depreciation of assets, whether in number, machinery or buildings, but in the absence of oversight and accountability, meager sums are spent, which leads to poor service.

Just as the logic of talking about directing railway development funds to invest in banks also reflected the decline in the value of the human being, the government acts in public affairs according to the logic of the merchant who looks under his feet and does not take into account the continued confidence of society in him. El-Sawy points out that “it is regrettable that Egypt, in the railway sector, had factories that produced train cars (SIMAF), but they did not develop them and did not allow them to develop through the production of what is imported from abroad.”

According to the economist, the priorities of economic planning are arranged based on several criteria, including the benefit of the largest number of people and the return from it on economic development. Still, after the military coup, huge sums of money were directed to the new administrative capital projects, the first of which was the development and maintenance of capital assets. When a comparison is made between the establishment of the largest church and the largest mosque in the Middle East, or the construction of the tallest tower in Africa, and the injection of EGP 10 billion for the maintenance and development of the railways, the priorities of planning go to the maintenance and development of the railways, because they serve large numbers of the population from the poor and middle classes. Also, a comparison of the return and cost of expanding the Suez Canal gives negative results, as it was found that the expansion does not match the requirements of navigation in terms of depth.

Egypt faces threats of exorbitant costs to pay compensation for the delay of ships, in addition to presenting a bad image of navigation services in the Suez Canal during the coming period. This may lead to the departure of giant ships from passing through the canal, which means a decline in revenues from passing through the Suez Canal, which is one of the most important foreign exchange resources.