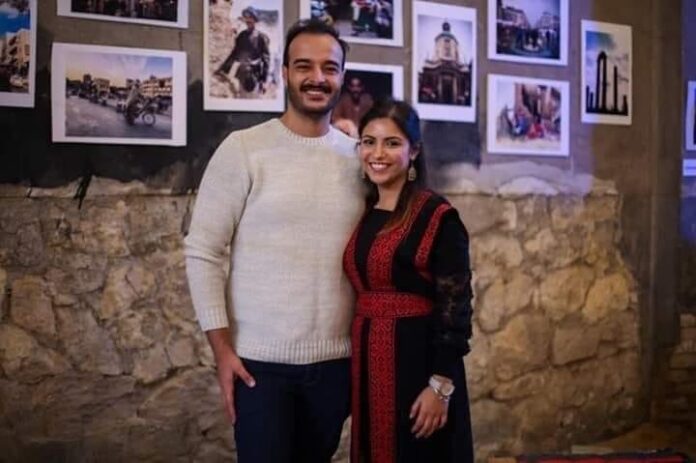 Egyptian authorities have released the journalist Solafa Magdy and her husband, photographer Hossam Al-Sayyad. They have been detained since November 2019. Solafa’s mother, Taghreed Zahran, published a picture of her daughter and husband after their release, commenting, “My children are with me.”

Egyptian security forces arrested the photojournalist Hossam Al-Sayyad and his wife, Solafa Magdy, in November 2019. They were charged under Case No. 488 with spreading false news and joining a banned group.

For a whole year, Hossam, who was being held in Tora Prison, only met his wife Solafa two or three times in their detention renewal sessions. None of the arrested spouses saw their son Khaled, who spent a year and a half away from his parents, which sparked widespread human rights criticism from the United Nations and concerned organisations. The two spouses’ release came about 24 hours after Khaled Daoud’s release, journalist and former head of the Constitution Party.

The recent release of the journalists comes days after an American statement confirming President Joe Biden’s administration’s interest in human rights in Egypt and other countries. News had spread within the Egyptian press, according to which the release of the journalists came after an agreement between Diaa Rashwan and higher authorities to consolidate his position in the elections for the Syndicate of Journalists’ position.

Egypt to suffer third wave of COVID-19 pandemic in April