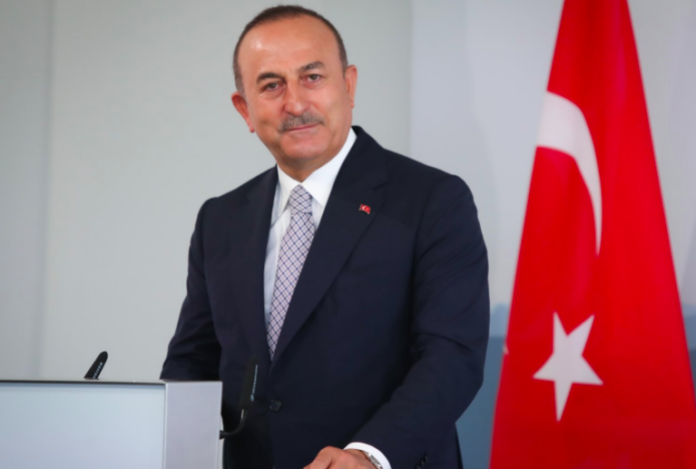 Turkish Foreign Minister Mevlüt Cavusoglu fired the bullet of mercy on the high hopes for full intimate relations. The Turkish minister said that his country still opposes Egypt’s designation of the Muslim Brotherhood as a “terrorist” group.

These statements reinforced beliefs that the development of Egyptian-Turkish relations will be limited. It will only reach the stage of appeasement, economic development, and coordination in foreign files. Observers have ruled out that Turkey will hand over Egyptian opponents to the regime of General Abdel Fattah Al-Sisi.

After years of estrangement and political tension between Egypt and Turkey, relations between the two countries have witnessed, in recent months, developments that indicate a common desire for calm. The communications came in light of regional and international transformations and interactions, which may lead to dramatic scenarios in the region’s alliances.

Egyptian media (loyal to Al-Sisi’s regime) and officials demand Turkey hand over Egyptian opponents on its soil to the Egyptian regime. But the Turkish minister responded decisively: Turkey “opposes Egypt declaring the Muslim Brotherhood a terrorist group. It is a political movement.” The Turkish minister renewed his description of what happened in July 2013 as a military coup. “We were against the coup in Egypt, not because they are the Muslim Brotherhood. If (Egyptian President Abdel Fattah) Al-Sisi was in power on that day and someone else carried out a coup, we would have taken the same principled position,” said Cavusoglu.

Concerning the leaders of the Egyptian opposition residing in Turkey, Cavusoglu continued: “There are some Egyptian dissidents in Turkey. We have sent the necessary warnings to those who have extremist speech against Egypt before the normalisation steps start.” The Turkish-Egyptian dispute dates back to 2013 since Ankara opposed the military coup against President-elect Mohamed Morsi when Al-Sisi was defence minister. The intensity of the dispute increased with regional developments and conflicts over areas of influence and gas exploration in the eastern Mediterranean and the Libyan crisis, which reached the point of confrontation between the two countries before the two parties separately supported a ceasefire agreement.

The economic issues remained far from political tensions. The Egyptian parliament ignored a request in early 2020 to cancel the free trade agreement signed with Turkey in 2007, which entered into force in 2013. The agreement officially ended at the end of 2020. However, one of the parties must inform the other six months before deciding to terminate it. The absence of any statement about terminating the agreement indicated that it will continue to be activated.

In light of major regional changes, the recent Suez Canal crisis changed diplomacy between Turkey and Egypt and melted the ice covering the two countries’ relations. The Turkish Foreign Minister called his Egyptian counterpart Sameh Shoukry, offering help. According to Hurriyet daily, this call established the contact that took place between the two ministers, during which congratulations were exchanged by Ramadan.

Two days earlier, the Egyptian Foreign Minister affirmed that Cairo is “keen to establish relations and create a dialogue with Turkey that is in the interest of both countries.” Before that, Egyptian Prime Minister Mustafa Madbouly thanked Turkish President Recep Tayyip Erdogan for his efforts during Turkey’s rotating presidency of the Group of Eight Developing Islamic Countries (D-8).

A few months ago, positive signals emerged regarding relations between Cairo and Ankara, most notably the statements of Cavusoglu, that the two countries could negotiate the demarcation of their maritime borders in the eastern Mediterranean. This was followed by the Egyptian Minister of Information, Osama Heikal, praising the recent decisions and directions of the Turkish government regarding relations with Cairo, describing it as a “good will gesture.” According to indications, it is expected that Egyptian-Turkish relations will witness a calm in 2021, but without reaching the return of normal links to what they were seven years ago.

Tarek Diab, an Egyptian researcher and political analyst in international relations and Middle East affairs, monitored the most prominent indicators of a truce between the two sides.

Over the Libyan issue, there was no military confrontation between the two countries. Turkish President Recep Tayyip Erdogan announced that there were mutual contacts with Egypt at the intelligence level. The two sides also supported a ceasefire agreement. He indicates Cairo’s commitment to the policy of positive neutrality, which makes it imperative that it does not align itself with one of the parties to the conflict and forge strong relations with the two parties as an entry point to play the role of mediation and calm.

Regarding the eastern Mediterranean, Diab monitors the most prominent Egyptian indicators that there will be an end to tension over this issue. He said: “Despite the angry Turkish reactions to the maritime border demarcation agreement between Egypt and Greece, there is data within the agreement that came in favor of Turkey and its legal narrative.” He added, “According to the agreement, Greece made a fundamental concession when it accepted the demarcation of its economic maritime borders with the Egyptian side, starting from the main Greek coast, not the island of Crete, and that the agreement did not grant the latter a continental shelf, but only limited territorial waters.”

Thus, the agreement provides direct support for the Turkish position in the dispute with Greece over the economic maritime borders of both countries in the eastern Mediterranean and the Aegean Sea. He ruled out great tension between Turkey and Egypt over the eastern Mediterranean issue, pointing out that the dispute will be between Turkey and Greece only. It also excludes holding a ministerial meeting between the two countries during the current period, at a time when the issue of the Egyptian opposition in Turkey is expected to remain unchanged, with slight changes.

On the future of the relationship between the two countries, Diab says that many regional and international developments will be important including normalisation between Israel and some Gulf countries. These files “should represent an impetus for Egypt to reconsider its foreign policy strategy and tools.” He points out that the wave of normalisation will affect the Egyptian regional role in light of the escalation of the Israeli role and its quest for regional hegemony through the Gulf gateway. It is also likely to affect the Egyptian strategic capabilities and the Suez Canal.

The two countries will likely continue the policy of setting limits to the tension in their bilateral relations without reaching the point of returning and improving these relations.

What comes after the Egypt-Sudan GERD rapprochement?