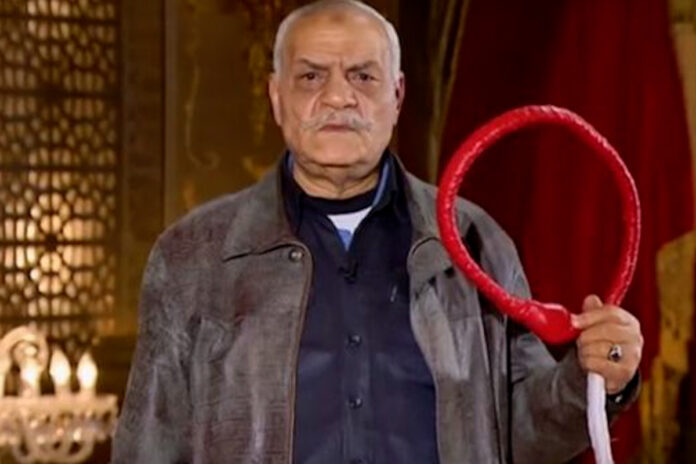 Hussein Al-Qarni, the most famous executioner by hanging in Egypt, known by the nickname Ashmawy, died after years spent behind the gallows. Al-Qarni carried out 1,070 death sentences.

Ashmawy, as he is better known, was entered into the Guinness World Records for carrying out 1,070 death sentences. He executed numerous public figures, and 20 per cent of the sentences were carried out on women. The title Ashmawy has now become an adjective for that profession.

According to the local Al-Ahram newspaper, Ashmawy entered the Guinness World Records as carrying out the most executions globally, from 1990 until he reached retirement age in 2011. During the past years, Ashmawy appeared in many media interviews to speak about the details of his work, and reviewed how he performed death sentences and his feelings towards the people he executed. He participated in preparing the execution scenes in some Egyptian series.

Local newspapers reported that Ashmawy worked as an assistant to the executioner between 1980 and 1998 and then officially began his work as Ashmawy the executioner in 1999. The most famous of those executed in 2006 by Ashmawy was Izzat Hanafi, an arms and drug dealer. One of the people he executed was the female spy, Heba Salem, who was the main cause of the Bahr Al-Baqar primary school massacre. The massacre took place in the Egyptian village of Bahr Al-Baqar, where the Israeli air force targeted a primary school on 8 April 1970, leaving 46 children dead and 50 others wounded. The school was completely demolished.

The Egyptian authorities face severe international criticism due to the high rate of execution of death sentences against criminals and political opponents, especially since the military coup in 2013. Last December, Amnesty International said that the Egyptian authorities began a wave of executions in recent months, in some cases after mass trials that the organisation described as grossly unfair. She indicated that in October and November alone, she had executed at least 57 men and women, nearly double the people recorded executed during 2019 (32).

EFHR: Medical negligence is a widespread phenomenon in Egyptian prisons