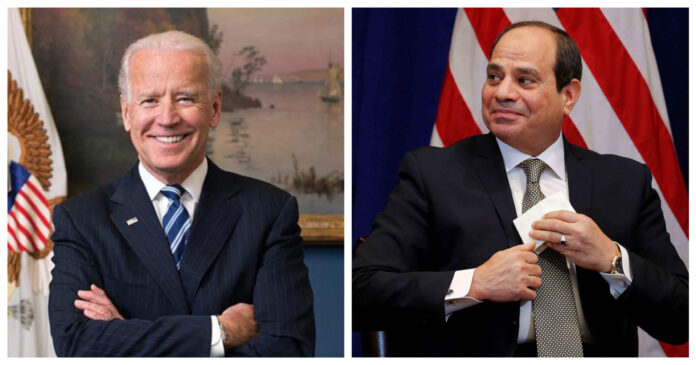 The Egyptian president’s office said that General Abdel Fattah Al-Sisi spoke with the US President Joe Biden by phone on Thursday to discuss stopping the escalation of violence in Palestine.

This is the first talk Biden has had with Al-Sisi, more than four months after entering the White House.

The decision of an unconditional ceasefire in the Gaza Strip, which Egypt and other countries sought, came into effect at 2am Friday, Palestine time, amid a cautious calm. The presidency stated that Al-Sisi and Biden agreed to continue talks and coordination between their two countries in the coming period to contain the situation in light of the recent developments.

Observers believe that the success of the Egyptian mediation between the Palestinians and Israelis could help improve the tense relations between the Sisi government and the Biden administration. Axios website indicated that the administration of US President Joe Biden asked Egypt and Qatar to work together to pressure Hamas and persuade it into a ceasefire with Israel after the confrontation between the two parties entered its tenth day.

The website stated that Egypt and Qatar are the two Arab countries that greatly influence Hamas. The website pointed out that, unlike previous conflicts, the Egyptians and Qataris are coordinating their efforts aimed at a ceasefire in Gaza in preparation for a truce between the Israelis and the Palestinian factions in the Gaza Strip. Within four months of his election, Biden did not make a phone call to Sisi, who had previously established close ties with former US President Donald Trump.

Biden previously expressed his grave concern about the Egyptian government’s record in the field of human rights during the era of Sisi.