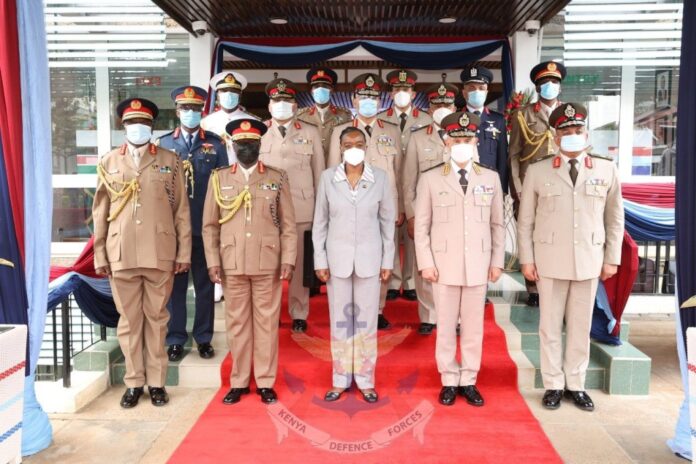 Egypt has announced the signing of an agreement for defence cooperation with Kenya (neighbouring Ethiopia). This agreement is the fourth of its kind that Cairo has signed with countries in the Nile Basin within three months.

In this context, the Egyptian and Sudanese forces concluded on Monday their military maneuvers that were described as the largest and most comprehensive between the two countries.

The military maneuvers came amid the dispute with Ethiopia over the Renaissance Dam, which the latter is building on the Blue Nile, the main tributary of the Nile, and a border dispute between Addis Ababa and Khartoum over the lands of the Fashaqa area.

Egyptian army spokesman, Colonel Tamer Al-Rifai, said in a statement on Sunday that the Egyptian Chief of Staff Mohamed Farid has returned to his homeland after the end of his official visit to Kenya and Rwanda. The military visit to two of the Nile Basin countries was revealed in the first Egyptian announcement of the visit, the details of which were not previously announced.

Recently, cooperation has grown between Cairo and the Nile Basin countries considering the failure of Egypt and Sudan’s negotiations with Ethiopia regarding filling and operating the Renaissance Dam. Al-Rifai explained that Farid witnessed the third meeting of the Egyptian-Kenyan Military Committee. A technical agreement for cooperation in the defence field was signed between the two defence ministries without details.

According to the same statement quoted, Farid stressed that his country was ready to meet the demands of developing cooperation in the fields of training, qualification, and exchange of experience. The statement pointed out that Farid’s visit to Kenya and Rwanda witnessed an agreement to develop and strengthen military cooperation with Egypt to meet the national security challenges of the three countries. Last week, Sudan announced that Ethiopia had already begun the second filling of the Renaissance Dam with water, despite opposition from Cairo and Khartoum.

Ethiopia insists on a second filling of the dam on the date it set in July and August, about a year after the first filling, even if no agreement was reached.