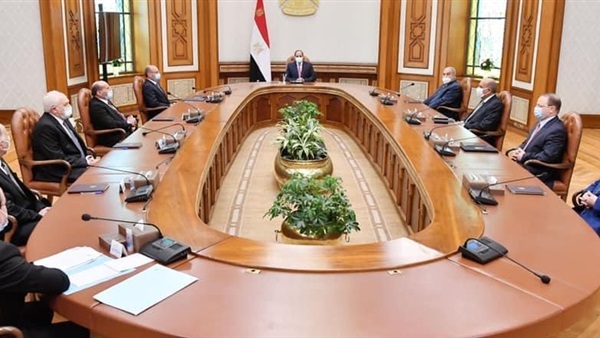 The recent decisions issued by the Supreme Council of Judicial Bodies and authorities in Egypt, headed by Abdel Fattah Al-Sisi, represent a qualitative leap in the history of judicial work in the country. For the first time, all judges’ affairs, including appointments, salaries, grades, and delegations, are centrally controlled through the Supreme Council, which was created according to the constitutional amendments of April 2019.

This council was an idea that emerged in mid-2018, after the regime studied the problem of appointing judges, which at that time sparked disputes between the various judicial bodies and the Ministry of Justice. At the time, the presidency found that it was necessary to work to unify the judges’ opinions regarding the various issues that might provoke crises between the agencies and the state.

Although the constitution stipulates that the Supreme Council includes all the judicial authorities and bodies stipulated in the constitution, the military judiciary was excluded from attending the meeting with Sisi. This meeting was called only on the morning of the meeting, confirming that their attendance was only a formality to adopt pre-prepared decisions. It was intended to pass them at this specific time before the end of the current judicial year at the end of June. Following the meeting, it was decided to appoint women to positions in the State Council and the Public Prosecution, starting from 1 October. The two bodies have not yet selected any women, despite the passage of about three months since Sisi’s directives.

Although Article 11 of the constitution expressly stipulates the appointment of females to the judiciary in general and that the military court has become a branch of this judiciary, it will currently be the only body that does not appoint females. The military judiciary exception is under the pretext of its military nature, which is a “sensitive issue.” For this reason, according to observers, the military judiciary was not invited to the meeting to not raise any criticism and questions against it.

Some members of the Supreme Judicial Council previously raised this issue in a meeting with Minister of Justice Omar Marwan. Consequently, Sisi saw the exclusion of the military judiciary from the session completely to consolidate its distinguished position within the constitution and the Supreme Council. It combines the privileges of the army and the judiciary and enjoys functional discrimination at the same time.

As for the issue of female appointments, despite previous directives issued by Sisi last March, the State Council alone has taken executive steps in this regard by opening the door for female members of the administrative prosecution and current state issues to be appointed to only two levels of the council. The public prosecution did not announce the terms of appointment. For this reason, the meeting was important because it set a time limit that obliges these bodies to complete the appointment procedures before 1 October, which means that the Supreme Judicial Council must hurry to open the door for progress to appoint a special batch of females.

According to observers, the council intended to postpone this matter until the next batch, also males, is appointed. The scenario that is closest to implementation is appointing a limited number of female members of the administrative prosecution and state cases as well, and then set controls for this in the coming years.

Returning to the council’s decisions, it was decided to unify the financial dues between the corresponding degrees in the four judicial bodies and authorities, which are the judiciary, the state council, the administrative prosecution, and state cases, except the Supreme Constitutional Court. This decision sparked widespread controversy because it excluded the Supreme Constitutional Court from the field of equality, although most of the previous disputes and lawsuits filed by judges to increase their salaries were regarding equality.

Observers interpreted this as a prelude to the Supreme Council, after its formal regulation by law, to achieve Sisi’s desire to reduce the budgets allocated to judicial bodies, and the State Council in particular. The process of distributing the financial allocations for each body will be entrusted to the Supreme Council, based on the promotions that it sets conditions for a while depriving each body of the luxury of distributing budget surpluses to its members in the form of rewards or allowances, as was the case in the six years preceding the last constitutional amendment. This issue can be linked to the reiteration of the prohibition of delegating judges to more than one government agency. The law regulating the Supreme Council will include a text that makes it the authority to set the rules for delegating all bodies. It will no longer be that everyone is responsible for the affairs of its members.

About a year and a half ago, some judges assigned in several quarters sought with government agencies assigned to them, including ministries, departments, and holding and affiliated companies, to pressure the State Council administration to reverse its decision to unify the assignment. Some ministers also expressed dissatisfaction to Prime Minister Mostafa Madbouly with the appointment of judges as advisors or electing their advisors to remain in one delegation, based on the decision of the president of the State Council, which was issued following the instructions of Sisi. The prime minister refused to intervene in the case.

The current constitution provides for the abolition of delegation completely within five years of its implementation, meaning that it should have been abolished two and a half years ago. However, the government’s need for legal advisors from members of judicial bodies hindered the implementation of the constitutional text. Meanwhile, Sisi confined himself to restricting them by preventing them from delegating more than two sides, then only one.

Then, finally, by unifying the body paying the dues, then applying the income tax to judges strictly from the fall of 2019 for the first time. This came after the attempts of the heads of judicial bodies to reach a compromise with the Ministry of Finance to recalculate the tax, reduce the bracket for judges and exclude some allowances from the net salary.