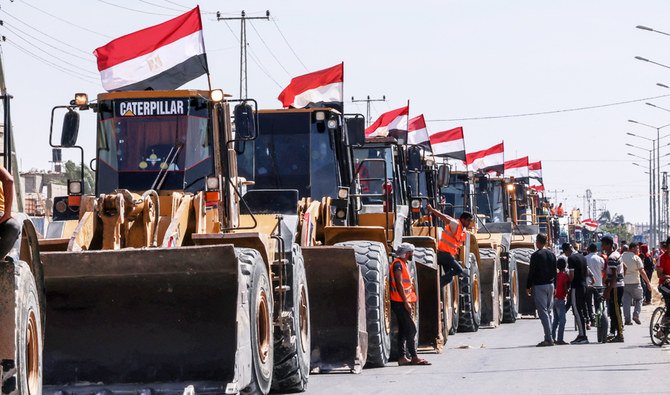 An Egyptian technical and engineering team arrived in the Gaza Strip in Palestine to inspect the damages in residential buildings and destroyed and dilapidated towers due to the recent Israeli bombing of the Strip.

A Palestinian source said in a statement to news agencies that an Egyptian team, including engineers and technicians from an Egyptian company, arrived in the Gaza Strip on Wednesday afternoon through the Rafah crossing.

The source said that the team would inspect and examine the destroyed and dilapidated buildings due to the Israeli bombing during the last aggression. He added that the team, which will stay in Gaza for several days, began to inspect the destroyed buildings in several areas in the Gaza Strip to bring heavy equipment to help remove the rubble in preparation for the reconstruction process.

On April 13, the situation in Palestine erupted because of Israeli attacks on the occupied city of Jerusalem, and the escalation spread to the West Bank. Events turned into a military confrontation in the Gaza Strip, which ended after 11 days with a ceasefire at dawn on May 21.

The arrival of the Egyptian engineering delegation to the Gaza Strip comes a day after the head of the Egyptian intelligence visited the besieged sector and his meeting with leaders of the Palestinian resistance. Egypt seeks to consolidate the truce and ceasefire between Israel and the Palestinians and the involvement of Egyptian companies in rebuilding Gaza.

In this context, the Palestinian ambassador to Cairo, Diab Al-Louh, said that during the recent visit of the head of the Egyptian intelligence service Abbas Kamel to the Gaza Strip he saw the foundations being laid for city which will be called Egypt. Al-Louh made it clear in a media statement that the city would be located in the southern tip of the Gaza Strip, next to the town of Al-Zahra. He added that in the past this area was an Israeli settlement and is located in the Sheikh Ajlin neighbourhood, pointing out that laying the foundation stone so quickly indicates that Egypt is serious about the reconstruction of Gaza.