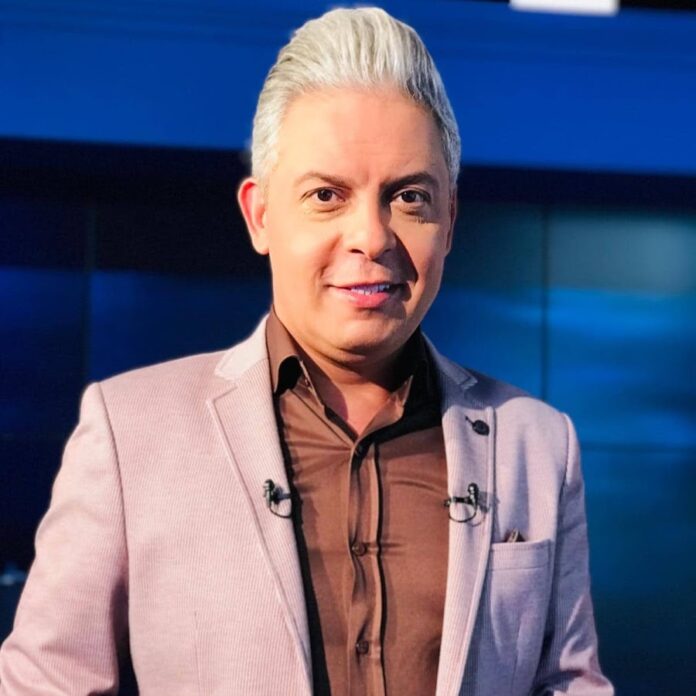 Opposition journalist Moataz Matar announced the end of his relationship with Al-Sharq TV, which opposes Sisi’s regime and broadcasts from Turkey. The resignation comes after the end of what he said was open leave from the channel which started about two months ago.

Matar told his audience in a video clip on his official Facebook page: “I have to tell you that my open leave from Al-Sharq has ended. My relationship, and my preparation team’s relationship, with the channel have ended once and for all.” He added that this is the chosen path, and that he is on the path that God has written, wishing all his colleagues on the path they choose for themselves. Matar stressed that he would continue to appear on social networking sites, calling on his followers to continue to follow him there.

Last April Matar announced the cessation of his programme on Al-Sharq, and that he was on an open vacation. At the same time, another journalist Muhammad Nasser also announced his programme on Mekamaleen was stopping. Matar attributed the reason for his decision to the Egyptian regime’s pressure on Turkey. Ankara is engaged in rapprochement talks with Cairo.

The Turkish authorities asked, months ago, Egyptian opposition channels broadcasting from Turkey to stop attacking Sisi and the ruling regime in Egypt as part of efforts to bring Ankara and Cairo closer.

Over the past years, Sisi’s regime has tried to silence the opposition channels broadcasting from Turkey, describing them as inciting channels. It has sought to shut them down by communicating with the French government. These channels broadcast via one of the French satellites. Sisi acknowledged the impact of these channels on the Egyptian citizens after these programmes exposed human rights violations in Egypt since the military coup in 2013.

Recently, the ruling regime in Egypt took advantage of attempts at rapprochement with Turkey and made closing opposition channels a prerequisite for restoring relations.