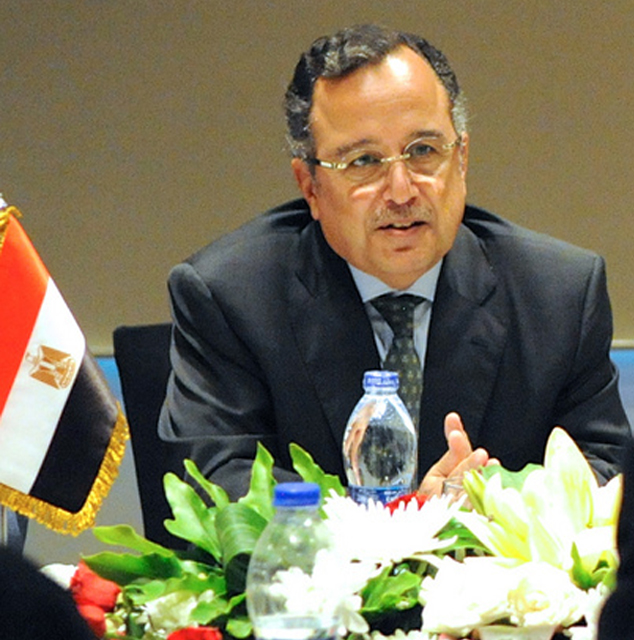 The former Egyptian Foreign Minister, Nabil Fahmy, described the clash between his country and Ethiopia, against the background of the crisis of the Renaissance Dam, which the latter is building on the Blue Nile, as inevitable. In statements on TV, he said that the crisis of the Renaissance Dam lies in the fact that negotiations over the past few months have remained based on trying to impose one opinion at the expense of another.

Fahmy accused Ethiopia of trying to decide the fate of the passage of water through a river that crosses the border towards other countries, warning of the consequences of this policy that Addis Ababa is trying to consolidate. He pointed out that accepting this principle during the current stage means that it will be applied in other cases, creating an inevitable clash, according to his statements.

The former minister refused to clarify his words, but he said, “When a former diplomat uses the word ‘clash,’ it means that the matter is hazardous.” Fahmy stressed that the danger lies in Ethiopia’s insistence on making a decision that dominates Egyptian and Sudanese opinion regarding water management, considering that this is the real test in the crisis. For a while, Sudan and Egypt have been conducting intensive military maneuvers which sparked speculation that the two countries might resort to a military option if Ethiopia sticks to its position in light of faltering negotiations within a 10-year crisis. The statements of the former Egyptian diplomat come after a call from the prominent Egyptian academic, Hassan Nafaa, to launch a military strike against the dam.

A recent study by the Egyptian Centre for Media and Public Opinion Studies confirmed that 89 per cent of Egyptians want to destroy the Ethiopian dam on the Blue Nile. Fahmy’s statements also came after US statements that ruled out resorting to the military option in the Renaissance Dam crisis before renewing the call to return to the negotiating table.