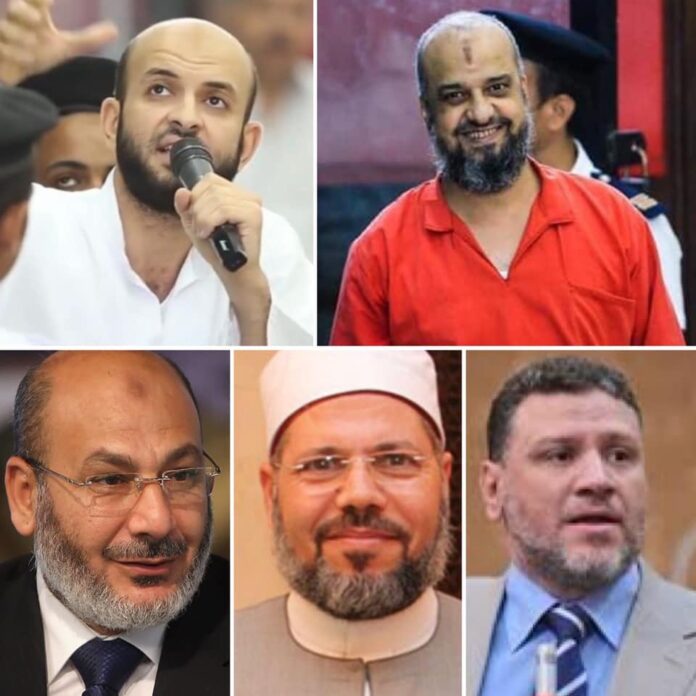 Egypt’s Court of Cassation handed down, on Tuesday, the death sentence for 12 defendants and members of the Muslim Brotherhood in the case known in media as the Rabaa sit-in dispersal.

The court’s rule is the first final death sentence issued for prominent Muslim Brotherhood members since the 3 July military coup in 2013.

After the overthrow of late president Mohamed Morsi, initial cruel sentences against Muslim Brotherhood figures, including death sentences, were alleviated in later trials, especially by the Court of Cassation. But this did not happen this time so that a presidential pardon is now the last chance for survival for the sentenced. According to criminal law, the presidential pardon can be issued 14 days after the court’s decision to lessen the sentence.

The list of defendants included Mohamed Beltagy, the eminent official of the Justice and Freedom Party, who was known for his role in forging national alliances against Mubarak’s authoritarianism and later for achieving a democratic transition. In addition is Abdel Rahman Albar, professor of religion in Al-Azhar University, Safwat Hegazi, a popular Islamic preacher, Osama Yassin, minister of youth under Morsi, Ahmed Aaref, the spokesman of the Muslim Brotherhood, Mohamed Zanati, a doctor and leader, Ehab Wagdi, Mohamed Faramawi, Moustafa Farmawi, Ahmed Farouk Kamel, Haitham Al-Arabi and Abdel Azim Atia.

According to Amnesty International, 107 people were executed in Egypt during 2020 alone, including 23 people executed in cases with political backgrounds. This was three times the number of executions in 2019. This figure ranks Egypt the third most frequent executer worldwide after China and Iran. Between 2014 and 2018 not less than 2,403 people were sentenced to death, either initially or finally including hundreds tried over political issues, and 159 people were executed.

Over the past three months Egypt executed at least 33 people, issued 13 final death sentences, and 57 initial ones. There are 87 people waiting to be sentenced after a formal consultation from the mufti (the official religious consultant). Although the Egyptian authorities have not executed leaders of the Muslim Brotherhood so far, the sharp rise in executions reflects official obstinacy despite criticism. Medical negligence in prisons has killed three Muslim Brotherhood leaders, most prominent of which is the late president Mohamed Morsi, who died in June 2019 inside court during his trial.

UN experts pointed then to the abhorrent conditions of detention indicating that “Professor Morsi was detained in conditions that could be described as brutal.” He had diabetes and hypertension, “but he was deprived of life-saving medical care,” which weakened his vision gradually so that he lost sight in his left eye completely, and he suffered repeated comas and syncope. “Dr. Morsi’s death after enduring those conditions could amount to a state-sanctioned arbitrary killing,” said the UN Working Group on Arbitrary Detention in a press release. In 2015, Farid Ismael died in prison followed by Esam Erian in 2020.

Women are forbidden at Egypt’s hotels if they travel alone