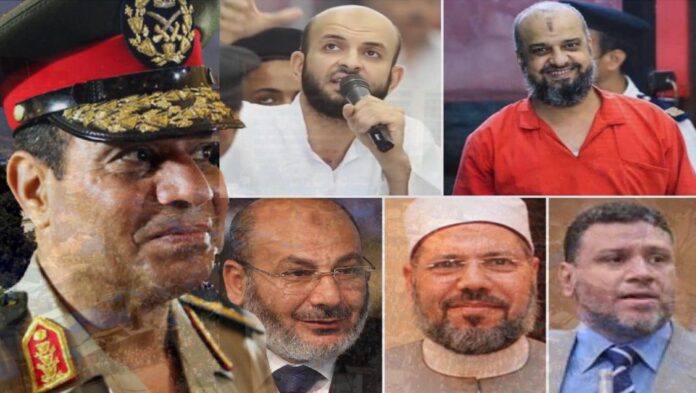 Human rights organisations called on Abdel Fattah Al-Sisi to use his presidential advantage to stop death sentences against 12 Muslim Brotherhood activists. Two weeks ago, Egypt’s Court of Cassation sentenced 12 MB activists, including eminent politician Mohamed Beltagy, to death in the case of Rab’a al-Adwia sit-in dispersal. According to Egypt’s criminal law, the president has the authority to pardon those sentenced to death, but only within 14 days from when the sentence was issued.

The Egyptian Front for Human Rights condemned the court’s decision and demanded Sisi pardon the sentenced and reopen an investigation into the dispersal of the Rab’a and Al-Nahda sit-ins in August 2013 that led to the murder of about 1,000 peaceful protesters.

The front urged the head of the state to stop the executions in Egypt, especially those of a political nature or under exceptional trials such as terror charges. Since 2013, not less than 72 political prisoners have been executed.

Earlier, Human Rights Watch issued a statement against the sentence saying that the court failed to prove the individual responsibility of the sentenced and depended on disreputable National Security reports.

MPs of the Egyptian Democratic Party demands the release