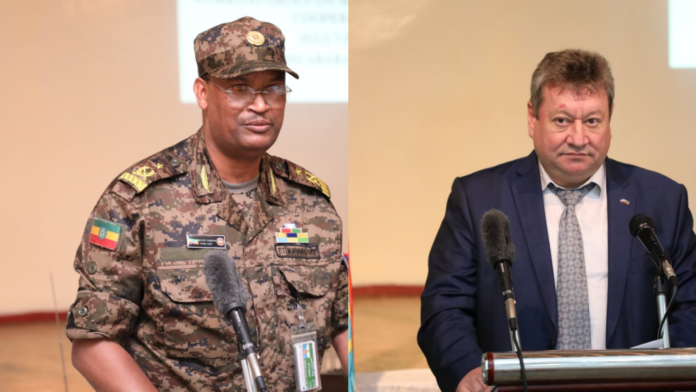 Ethiopian director of meteorology declared, on Monday, that the second filling of the Grand Ethiopian Renaissance Dam could be finished ahead of the schedule due to the abundant rains.

On the Other hand, Ethiopia signed with Russia a military deal to enhance the fighting and technological capabilities of the Ethiopian army. According to Fana Broadcasting Corporate, the deal focuses on the development of the national defense on fields of technology and knowledge. Finance Division State Minister of the Ethiopian National Defense Force Martha Liwij said that the deal is vital in promoting the long-term relations between the two countries, which was promoted by the relationship between Ethiopia’s PM Abiy Ahmed and the Russian President Vladimir Putin.

Last week, the joint Ethiopian-Russian military committee started its 11th convention in Addis Ababa with purpose of enhancing military cooperation between the two countries. Liwij affirmed that the Russian government backed Ethiopia in its Tigray campaign, which aims at “imposing law” according to the Ethiopian minister, in a step that is consistent with the Russian support of Ethiopia in the dispute over the GERD and the critiques against the recent Ethiopian parliamentary elections.

On the Other hand, Egypt’s FM Sameh Shoukry destined Brussels seeking the support of the European Union in the GERD crisis. Shoukry called on the European foreign ministers to convince Ethiopia in order to be more resilient in negotiations with Egypt and Sudan, He also affirmed adherence to the Egyptian official position that demands a time-limited negotiation to reach a binding deal.