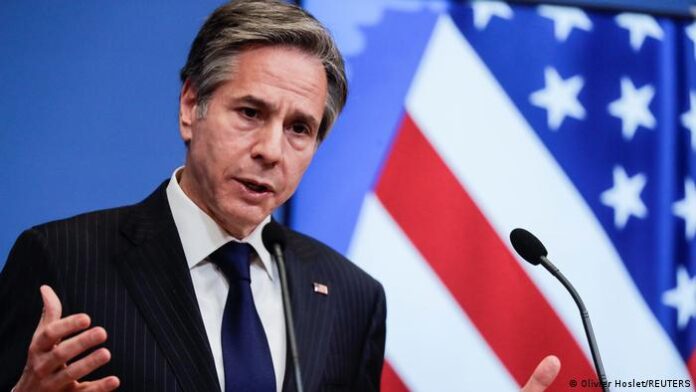 US Department of state expressed, on Tuesday, concern over the continued detention of activists and journalists in Egypt.

“The United States is concerned by continued detentions, indictments, and harassment of Egyptian civil society leaders, academics, and journalists, including the indictment of Director General of the Egyptian Initiative for Personal Rights (EIPR), Hossam Bahgat,” said Ned Price, the department spokesman. “The targeting and prosecution of the staff of EIPR and other NGOs, including those charged in Case 173, degrades the rights of all Egyptians to freedom of expression and association,” Mr. Price added. “It threatens the stability and prosperity of Egypt.”

The US statements came after Egypt’s Public Prosecution decided, last Monday, to refer Bahgat for trial on charges of insulting the National Authority for Elections, publishing false news, and abusing social media to commit crimes. Last April, US Secretary of State Antony Blinken held an online meeting with Bahgat to discuss the human rights situation in Egypt in attendance of human rights activists from seven countries. In a similar vein, Politico American magazine said that Biden’s US administration discussed suspension of the US military aid presented to Egypt, which is worth of about USD 300 million, due to concerns over the gross violations of human rights in Egypt. The magazine reported correspondence between US officials over the recent death sentences issued against 12 persons belonging to the Muslim Brotherhood, which they raised in discussions with Egyptian officials.

Politico revealed that US Bureau of Democracy and Human Rights used to demand suspension of the US aid to Egypt due to the authoritarian policies of Abdel Fattah al-Sisi, but the recent is that US Bureau of Near East that used to favor strong ties with the ruling regime in Egypt as a strategic partner, could support the human rights demands this time, after persistence and escalation of violations.

The IMF expects a problematic year for Egypt